Samsung Galaxy S5 Coming in 24 February! What we Know So Far 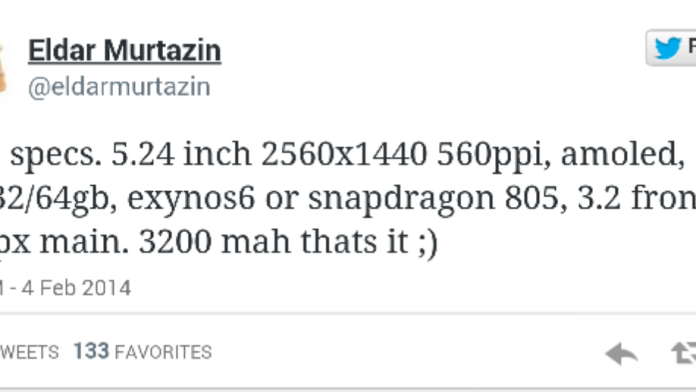 Samsung has accepted that it will be releasing the Galaxy S5 on 24 February. Samsung’s flagship device for the year 2014 will be the successor of one of the most successful and popular smartphones in the world, the Galaxy S4. The Galaxy S4 was very popular last year and it had very fast specs and an amazing display.

What about the Galaxy S5? We got it that it will be launching next month, but what specifications it is going to have?

Samsung has done a great job keeping every single information about the upcoming device secret. Until now, there have been no photos at all when it comes to the design.

Some have said that it will be made out of metal. If that’s true, it is going to be the first Galaxy S device with a metal body. Many users have already released some concepts about it.

Some are beautiful, some are ugly but it is certain that none of them is the official Galaxy S5 design. Remember that photos of the GS4 leaked only 2 days before it got officially released in March.

Even though the design is yet to be known, we have already predicted the specifications; the processor, screen, memory and RAM.

The Galaxy S5 is expected to have a gorgeous 5″ or 5.25″ 2K Super Amoled display. Samsung announced that it is working on 5″ Ultra HD displays but it is very unlikely for the SGS5 to have that kind of display. Nonetheless, a 2K display is going to be very sharp and beautiful to look at.

When it comes to processing power, the S5 will have a blazing fast Snapdragon 805 processor and 3GB of RAM. With so much RAM any multitasking activity will be smooth and flawless.

Also, the camera will be 16MP and probably it won’t have OIS because of how thin the device is going to be.

With such a huge amount of power and with that big screen, it will surely need a huge battery too. The Galaxy S5 is expected to have a giant 3200mAh battery.

However, all these specs are just speculation and might not be true. We will know the real deal on 24 February.

Previous articleWhat’s your Flappy Bird High Score? Share It Here! Can you Beat It?
Next article3 Things the iPhone 6 Must Have to be Revolutionary and Compete with Latest Androids