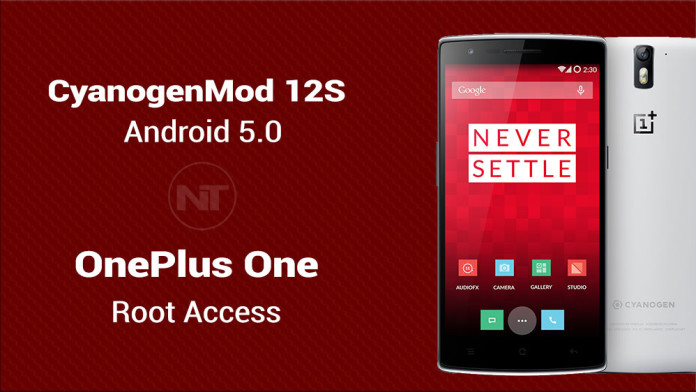 CyanogenMod 12S has made a lot of OnePlus One owners happy this week. It is the latest release from Cyanogen, taking the place of CyanogenMod 11S. CM12S is based on Android 5.0 Lollipop and is developed by Cyanogen, unlike OxygenOS which is created by the OnePlus One team.

You can choose either of the ROMs. We have guides on how to install OxygenOS as well as CyanogenMod 12S. If you have chosen the latter, you will be pleased with all the options, optimizations and theme engine that Cyanogen has implemented.

But as every other ROM, it starts to get boring after a while and you want to try out new things with your phone. You can try third-party apps and launchers, but they won’t do much in terms of customization compared to root. Rooting your OnePlus One is the ultimate way to gain full control over the phone and customize it as you want, modifying system files or installing mods.

Even though CM12S has just been released, it has been already rooted. Here are two methods of rooting your OnePlus One on CyanogenMod 12S Lollipop.

How To Root OnePlus One on CyanogenMod 12S ROM

SuperSU is the most popular way of rooting your phone. It is created by Chainfire which has rooted hundreds of Android devices. You will need a custom recovery like TWRP and SuperSU ZIP file.

CM Root is similar to SuperSU but it is better integrated with CyanogenMod 12S. It offers extra features like Privacy Guard integration.

If you correctly followed any of the methods above, your OnePlus One should be running on rooted CyanogenMod 12S Android 5.0 Lollipop ROM.