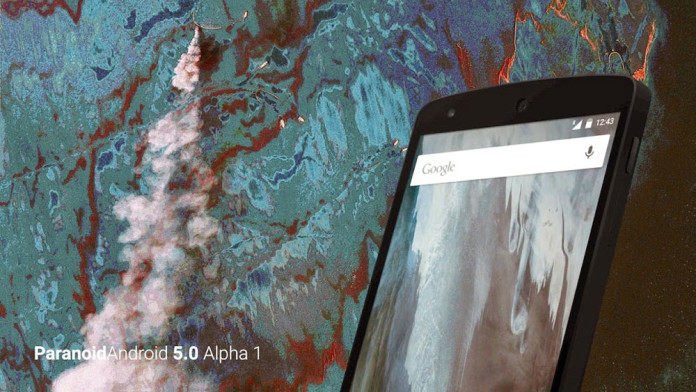 Another popular and well-known custom ROM has hit the Samsung Galaxy S3 GT-I9300. This time it is Paranoid Alpha 5.0 ROM. It is based on Android Lollipop and the Android version number is 5.0.2 (latest build). The Samsung Galaxy S3 is lucky enough to receive these kind of unofficial builds, considering that the device never made it past Android 4.3 Jelly Bean.

Since the release of Lollipop months ago, developers have worked tirelessly to bring this experience to the Galaxy S3 GT-I9300. It is good to see that developers are keeping this device alive because all companies have dropped support including Samsung and CyanogenMod.

Even though there is no maintainer for the Samsung Galaxy S3 for CyanogenMod, developers have managed to make a stable build for it. But CM12 is not the only ROM for the Galaxy S3. There are much more like SlimLP, LiquidSmooth, Nameless and Temasek.

The latest Lollipop ROM for the Samsung Galaxy S3 is Paranoid. Sometimes it is considered to be the most popular ROM after CM. Senior member “Gokulbalram” has cooked and published a Lollipop build of Paranoid Alpha. The ROM is in alpha stage which means it is by no means stable. Based on users who have tested the ROM, it is pretty much stable with no major bugs. The only thing is that the home button cannot wake the device. Apart from that, everything else works just fine.

There are a few things to note before you proceed with the installation process. You must have the GT-I9300 Exynos variant of the Galaxy S3. It will not work on S3 Neo GT-I9300I or any of the US variants. Please do not install the ROM on any of these variants because you can brick your device.

Note: NaldoTech is not responsible for anything that might happen to your device. The ROM is unofficial and might cause serious problems, especially if you do not follow the instructions carefully. Proceed with caution and at your own risk.

The phone will boot up and you will be able to enjoy the Lollipop experience. The Boeffla kernel is needed because users have reported problems without it.

Previous article
Install Android 5.1 Lollipop OTA Update on Android One
Next article
Turn The Screen Off Without Interrupting Videos on Android (Screen Backlight OFF)