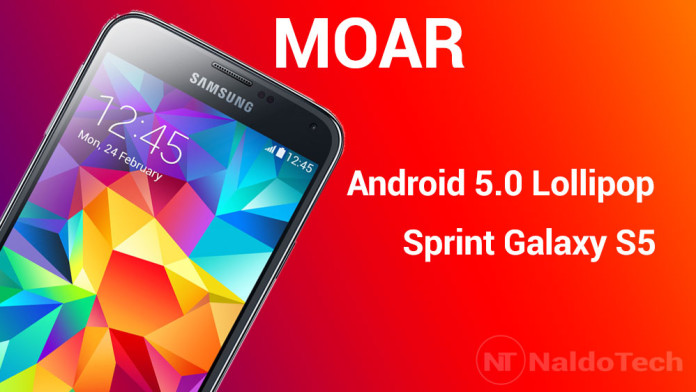 If you have been following the news lately then you know that Samsung has rolled out the official Android 5.0 Lollipop update for the Samsung Galaxy S5. This is a good news because a non-Google manufactured device is enjoying the latest version of Android very early, only a few days after Nexus phones received it.

Some regular readers here at NaldoTech have received the notification that a new update is available and so far they have been happy with the new version. The phone feels much faster, battery lasts for a longer amount of time and there are new software settings implemented in the heart of Lollipop source code.

While most of the readers are happy with Lollipop Touchwiz firmware on their phones, there are also some angry users out there. And no, they aren’t experiencing any performance problems with their devices. They haven’t received the Lollipop update at all. We all know how Samsung acts. It releases the same phone with multiple variants with different hardware.

This makes it impossible for the devices to receive software updates at the same time, especially if a certain phone is locked in a contract. At the moment, some of the popular Galaxy S5 variants have received the update including the international SM-G00F variant as well as the Korean variant. Unfortunately, American S5 users are still waiting for the new firmware.

Even though they have the same hardware as the SM-G900F variant, they cannot receive the update as they are limited by the carrier. They get the latest version of Android when carriers think it the best time to roll the firmware out. Fortunately, one of the US variants of the Galaxy S5 can enjoy stable Android Lollipop Touchwiz experience thanks to a ROM called MOAR. 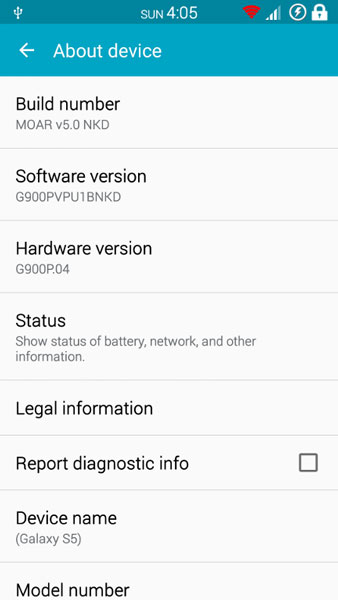 MOAR stands for “Mother Of All ROMs” and it really is. Developed by “rompnit”, MOAR is one of the best ROMs for the Sprint variant of the Galaxy S5. The developer has done a ton of optimizations with added features and on top of that, it is based on Android 5.0 Lollipop. There are a lot of things going under the hood. The ROM is based on the latest Lollipop NKD firmware, it is KNOX free (KNOX apps removed), device status stays official, low battery camera warning removed, 3Minit battery mod, new lock screen effects and Touchwiz launcher theme engine.

If you aren’t happy with the standard features that this ROM has, then you can use “Mod Control”. Mod Control allows you to completely customize your phone. There are a ton of settings about the notification menu, status bar, sound and notifications, general mods, buttons and displays, and reboot options.

Make sure that you are on a NKD firmware. If not, flash a firmware with that base following this guide.

Make sure that you make a full backup of the system in case something goes wrong. You will be able to easily restore it later.

The first boot will take a long time, probably around 10 to 20 minutes as the phone is running on a completely new version of Android.