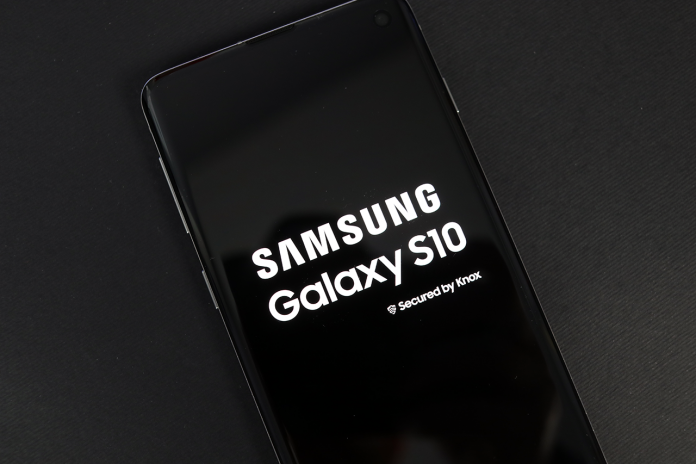 Samsung is going into a new direction with its OneUI software that it released last year. The company parted ways with the old Samsung Experience/TouchWiz in favor of a completely redesigned and reimagined user interface for Galaxy devices.

Samsung released OneUI 1.0 last year for its flagship phones with Android 9.0 Pie. One year later, the company has had enough time to see how users reacted with the user interface. As a result, OneUI 2.0 is on its way to be released officially very soon. In the meantime, if you have a Samsung Galaxy S10e, S10 or S10 Plus, you can download the latest Android 10 Beta ROM, install it on your device and check out the brand new OneUI 2.0 software. 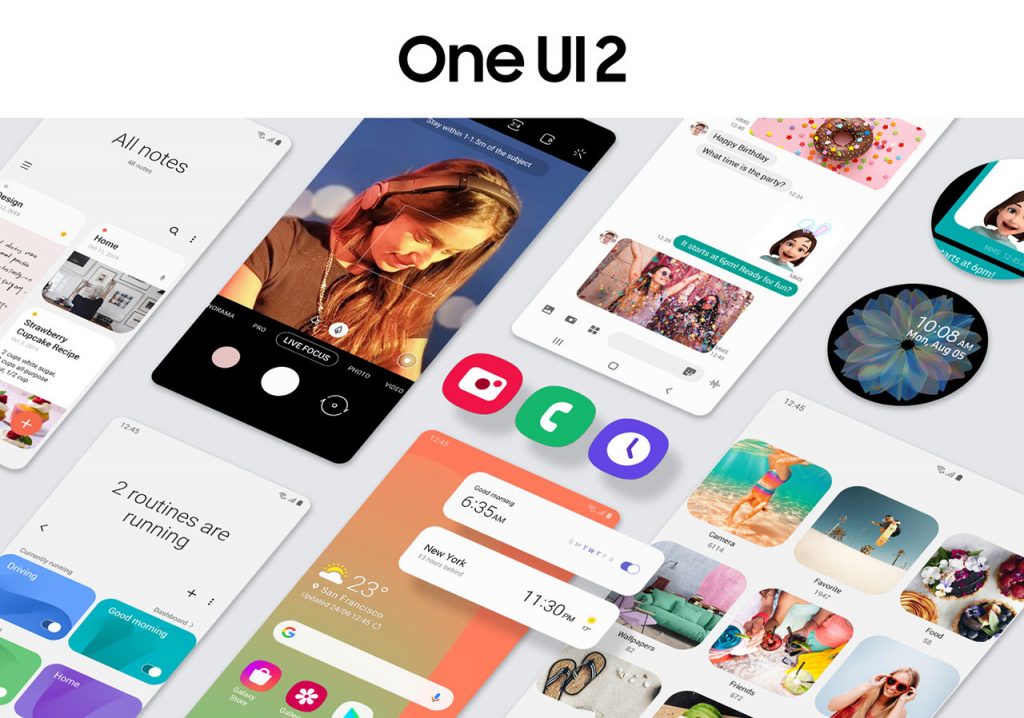 To find the model number of your phone, first, go to the settings menu. Scroll down and tap on About Phone. There will be a lot of information but focus on Model Number. If the number is the same as one of the above, then go ahead with the tutorial below. Otherwise, stop because you might damage your phone if you have an unsupported model. 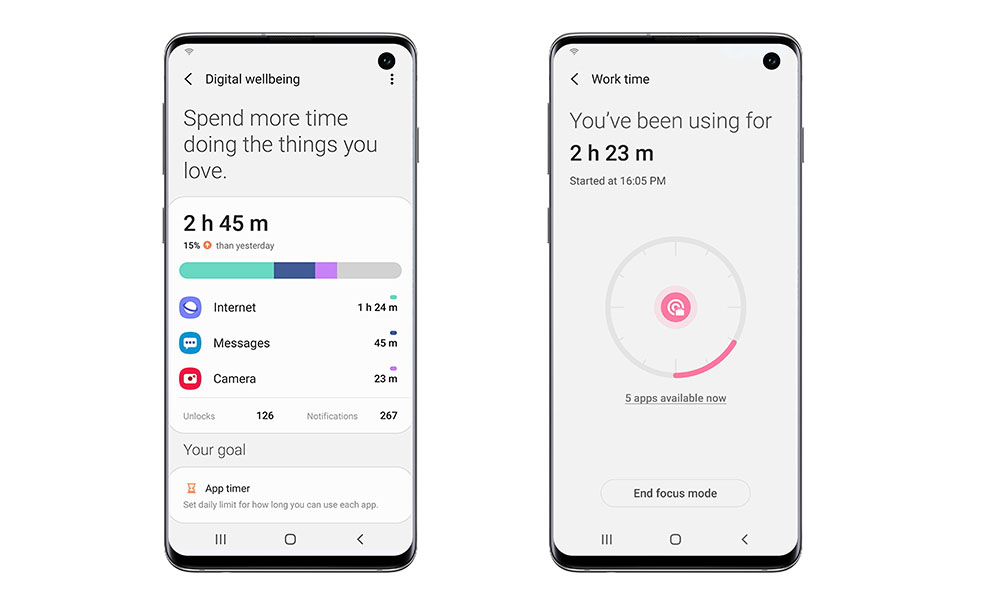 Furthermore, the “update.zip” file can only be installed on phones with the following CSC numbers:

To check your CSC number, open the dialer app and enter *#1234#. A new window will show up with information about AP, CP, CSC, and model number. Focus on the last letters of the CSC number. 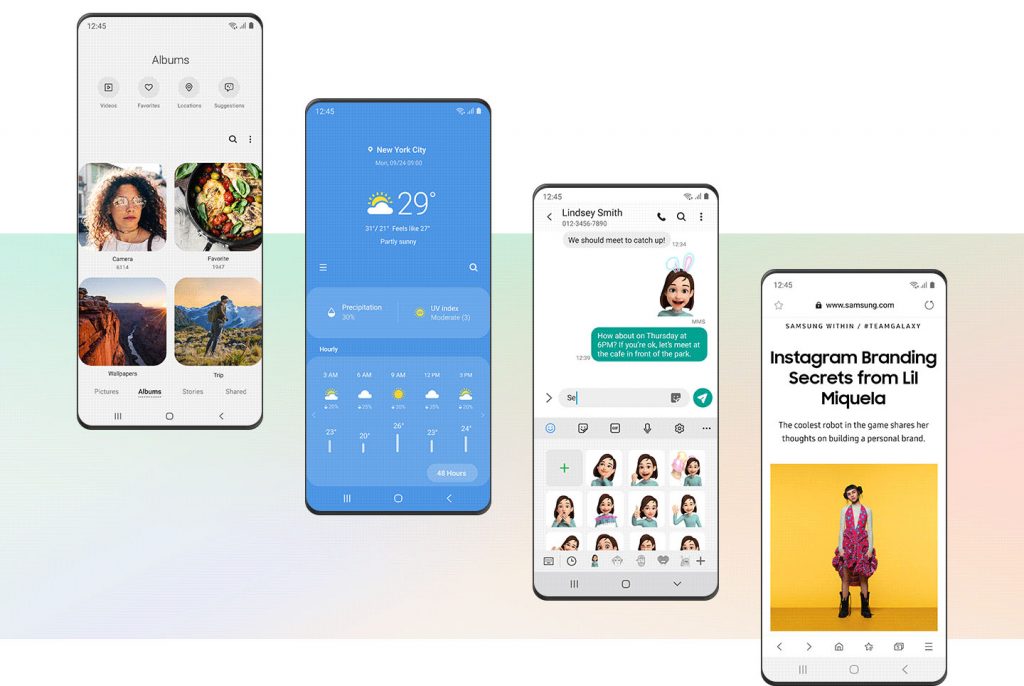 Below you will find download links for all the files that you need to flash OneUI 2.0 ROM Beta on your Samsung Galaxy S10.

There are two ways to install the OneUI 2.0 ROM on your Samsung Galaxy S10. The first method is by using an SD card, and the second one is through ADB commands. We recommend using the SD card method because it is safer and has a higher success rate. 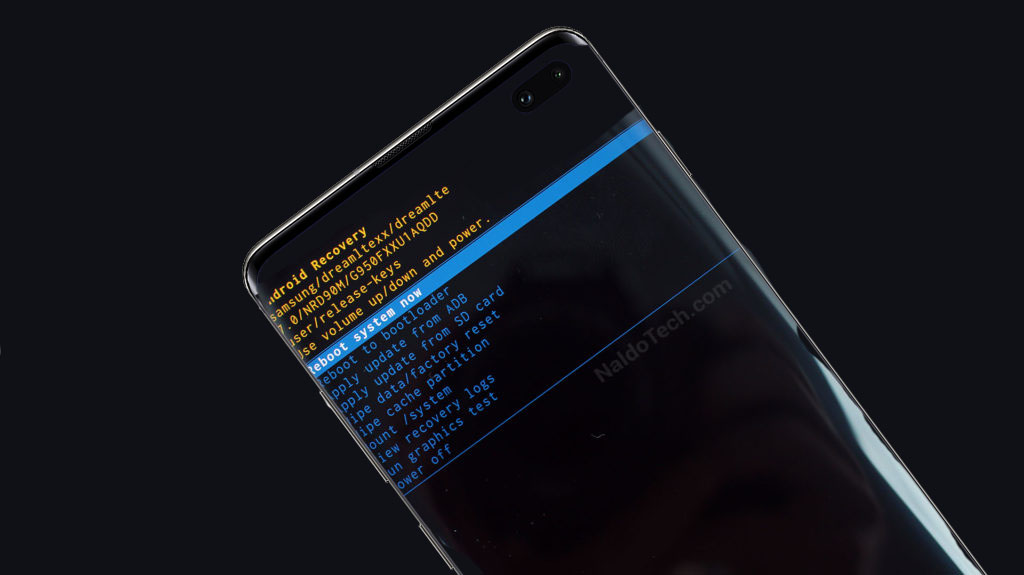 Step 1. The first thing to do is to download the appropriate file from the download links above. Once you download the file, you will notice that it has a long name and it ends with .bin. Erase all of it and rename it to update.zip.

Step 2. Move or copy the update.zip file to the root of the SD card.

Step 3. Press and hold the Power button and tap on Power off. The phone will shut down in a few seconds.

Step 4. Boot into stock recovery mode. To do so, press and hold the Power + Volume up + Bixby keys at the same time. Keep them pressed until the recovery menu appears.

Step 6. Now find the update.zip file that is located at the root directory of the SD Card, and press the power button to select it.

The update process will begin. This will take a few minutes so please be patient if the phone does not boot up immediately. Once the update has finished installing, the phone will automatically reboot and load the new OneUI 2.0 ROM.

Step 1. Put the update.zip file inside the extracted folder of the SDK platform.

Step 2. Click the right mouse button while holding the shift key. A few options will show up. You need to select Open Command Prompt here.

Step 3. Press and hold the Power button and tap on Power off. The phone will shut down in a few seconds.

Step 4. Boot into stock recovery mode. To do so, press and hold the Power + Volume up + Bixby keys at the same time. Keep them pressed until the recovery menu appears.

Step 5. In recovery mode, select update via ADB. To do press, press the volume up and down buttons until the update via ADB is highlighted, and then press the power button to select it.

Step 6. Once you have completed the steps above, connect your phone to your computer using a USB cable. Make sure the cable is in good condition otherwise the computer will not recognize your phone.

Step 7. On your computer inside the command prompt, enter the following command /adb devices. If there is a successful connection, your phone will be listed on the screen.

Once you execute that command, the computer will start installing the OneUI 2.0 Beta ROM on your phone. The process will take a few minutes. During that period, do not turn your phone off and do not disconnect the USB cable. You can damage or brick your phone by doing do.

That is all you have to do. You have successfully flashed the Android 10 OneUI 2 Beta ROM on your Galaxy S10, S10e or S10+. As we mentioned above, this is still a beta version, so there will be a few bugs here and there. There will be new beta releases which will subsequently fix most of the issues that users will find and report.

When a new Beta version will be released, all you have to do is follow the same procedure with the new and updated file.