How To Install TWRP Recovery on Nexus 6 and Nexus 9 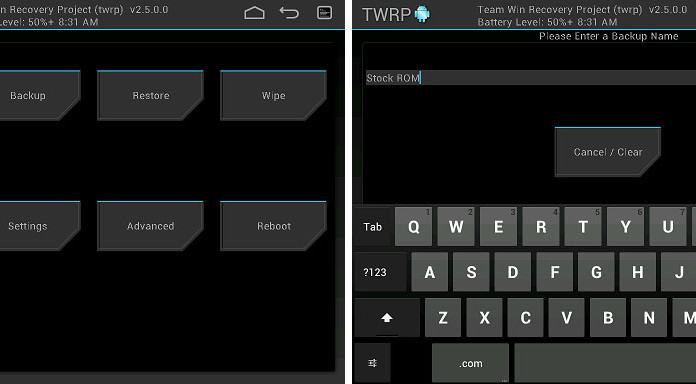 The Nexus 6 and Nexus 9 are newest devices released by Google a few weeks ago. They introduced the latest version of Android, 5.0 Lollipop with Material Design. The Nexus 6 comes with a huge 5.9 inch display, Snapdragon 805 chipset and an improved 13 MP camera. The Nexus 9 is bigger measuring 8.9 inches with resolution of 1536 x 2048 pixels.

A few days ago, Chainfire released an updated version is CF-Auto-Root which adds support for the Nexus 6 as well as the Nexus 9. This means that both of these devices have been successfully rooted and everyone who knows how to use CF-Auto-Root can root their device.

Also Read: How To Solve Overheating Problem on Nexus 9

In order to take full advantage of the Nexus 6 and Nexus 9, you need to install a custom Recovery. There were a few Recoveries available for these devices before but they weren’t stable enough and had many bugs.

TWRP released a new variant of the Recovery which can be installed on the Nexus 9. All main bugs like wiping data and cache taking a long time and installing zip files fail, are fixed.

TWRP is one of the most popular recoveries which is used on the best Android phones like Nexus, Galaxy, LG and Sony Xperia. After the huge success on the Nexus 5 and Nexus 7, TWRP now comes to Nexus 6 and 9.

Android 5.0 Lollipop brings new security features like encrypted data. TWRP for Nexus 6 and 9 is able to decrypt all the data using  “default_password “. This allows TWRP to decrypt the information without any problems.

Head over to the original thread to download everything you need in order to install the Recovery. It doesn’t take a lot of knowledge to install. You simply need to root your phone and you can follow the root tutorial on the suggested link above.