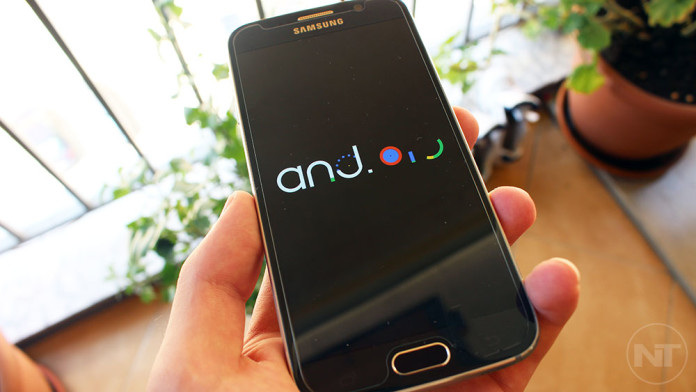 At the moment, Android 6.0 Marshmallow is the hottest topic. The official release by Google is just around the corner for officially supported phones. Android M, also known as 6.0 Marshmallow is the successor of the incredibly popular Android 5.0 Lollipop. While the difference between Android 5.0 and 6.0 is not as huge since they both are based on Material Design, Android M comes with new features, improved security and a new boot animation.

It will take a few more months for any device to officially get Android 6.0, but thanks to Developer Preview images and developers, you can get some software goodies to other phones. A few weeks ago the official Android 6.0 Marshmallow boot animation files became public, unfortunately for stock Android phones only.

As usually, Samsung phones with TouchWiz ROMs were left outside the group. Today,  CoolJoseph96 has added Samsung users to the group by porting the Android M boot animation to Galaxy phones running on TouchWiz stock firmwares and ROMs.

The boot animation is based on CyanogenMod’s binaries so this is the same animation as on a real Android M device. The boot animation was originally for the Samsung Galaxy Note 4 only, but users reported that it works on other Samsung phones as well, like the Galaxy Note 5, Note 4, Note 3, Note 2, Galaxy S6 & S6 edge, Galaxy S5 and Galaxy S4. Basically, it should work for as long as your phone is on Android 5.0 or 5.1 Lollipop. According to the creator, Android 4.4.4 will be supported soon.

The boot animation comes in the form as a flashable zip file, so you don’t need root but a custom recovery. You can use any recovery which can flash zip files, but TWRP is always recommended as it is more reliable.

You will be greeted with the brand new Android 6.0 Marshmallow boot animation logo on your Samsung Galaxy Note 5, Note 4, S6, S5 and more.

How To Root Galaxy Note 5 on Android 6.0 Marshmallow (SuperSU)