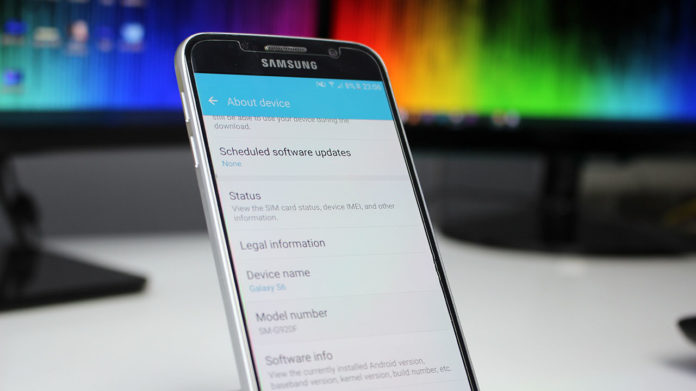 Just a few days after Samsung announced the official Nougat 7.0 Beta update program for the Galaxy S7 and S7 edge, a new insider information has arrived. Samsung is reportedly working on the Android 7.0 Nougat update for the Galaxy S6 and Galaxy S6 edge.

Galaxy S7 and S7 edge owners can sign up for the Nougat update Beta program via the Galaxy Beta Program app which is available to download from the Samsung Galaxy store. This means the Nougat firmware is on the last stages of development and will soon be released to all phones.

The Galaxy Beta Program only works on the S7 and S7 edge. There’s no information as to when Galaxy S6 users will be eligible for the beta program. All we know is that Samsung is working on the Nougat 7.0 firmware. There is no date when the firmware will go official.

The Nougat firmware for the Galaxy S6 will carry build number XXS5DPK7 so it will probably be G920FXXS5DPK7 or something similar. Don’t get too excited though. It is unlikely that we will see an official build anytime soon. Samsung is not going to release the update to the Galaxy S7 this year, let alone the Galaxy S6.

Nougat as an Android version brings new things to the table, and Samsung has a lot of work to do to adapt its TouchWiz Grace UX user interface to all the new Nougat features. It is expected that Samsung will include the new 2016 Grace UX UI to the Galaxy S6, the same UI the Galaxy S7 has.