We are getting closer than ever to January 14th, the day when Samsung will announce the next flagship devices for 2021. Samsung has always announced its new flagships in February, but there is a change of plans this year, where the upcoming Galaxy S21 will be announced a month earlier.

There is still a month to go until Samsung’s Unpacked Event, yet the number of leaks has increased substantially recently. A few days ago we got the first official press shot of the Samsung Galaxy S21. Today, popular leaker evleaks has published high-resolution images of the Galaxy S21 trio.

The Samsung Galaxy S21 5G is shown in four different colors: Phantom Violet, Phantom Pink, Phantom Black, and Phantom White. The front of the device is similar to other Samsung phones. There is a punch hole for the front-facing camera and smaller bezels overall. There are three cameras on the back lined up vertically, with the LED flash on the side. The Samsung Galaxy S21+ (Plus) looks very similar to the Galaxy S21, but it comes in three colors. 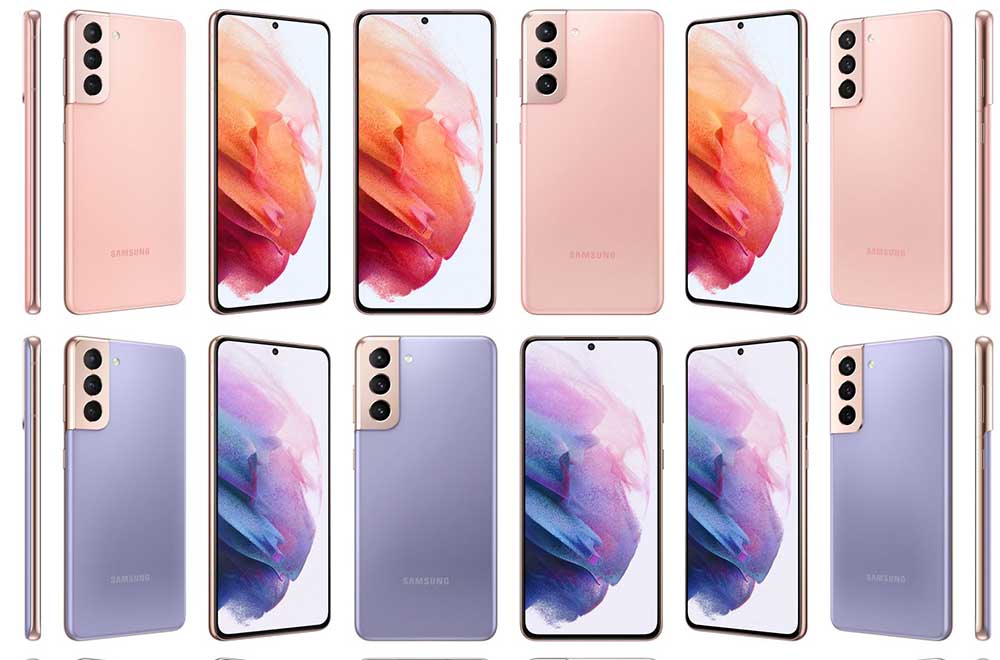 The Samsung Galaxy S21 Ultra is the phone that stands out from the rest. It has four cameras on the back, alongside an extra sensor. There are only colors available for this device: black and grey.