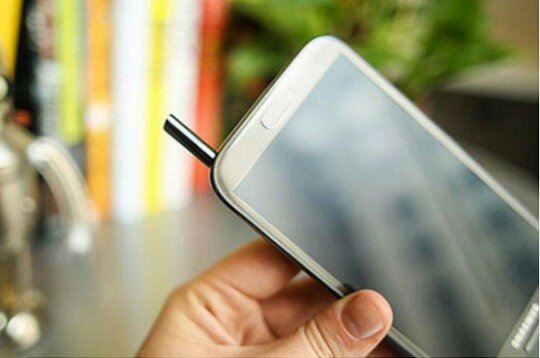 The Galaxy Note 3 is one of the best devices you can find right now, however many users on the internet are reporting many problems with this phone. Here are the most reported Galaxy Note 3 problems and see if you are experiencing any of them.

Poor S PEN Sensitivity
Basically, some users are saying that S PEN on the Note 3 is not as sensitive as it is on the Note 2. They say it is very poor because whenever they try to write something lightly it doesn’t get saved and when they tap an application it doesn’t open.

Apperantly, speakers on the Note 2 & Galaxy S4 are a lot more louder then the Note 3 speaker. Samsung have put the speaker at the bottom of Note 3 which is a good idea as the sound doesn’t get muted when you put your phone on the table. But this isn’t the only change Samsung did to the speaker. It also made it weaker, as many users are saying that they are not able to hear anything on “crowed” places.

Loose Home Button
Another common problem is the loose home button because of a gap between screen and home button. So if you press the home button with your thumb and start sliding it left and right, it will move around a couple of millimeters.

S PEN isn’t easy to take out
The Note 3 has a new redesigned and much better S PEN with many new features. Although it is redesigned for a better experience in the hand, some users are saying that it isn’t very easy to take out and a little amount of force is required to do so.

MultiTouch Problems
Given that huge 5.7″ screen, it should recognize all 10 fingers easily, right? Well, only if you put 4 fingers on the screen. If you put more than 5 in a horizontal line, it will hardly recognize all of them. To try this, download MultiTouch tester from Play Store.

Are you experiencing any other problems with your Galaxy Note 3?