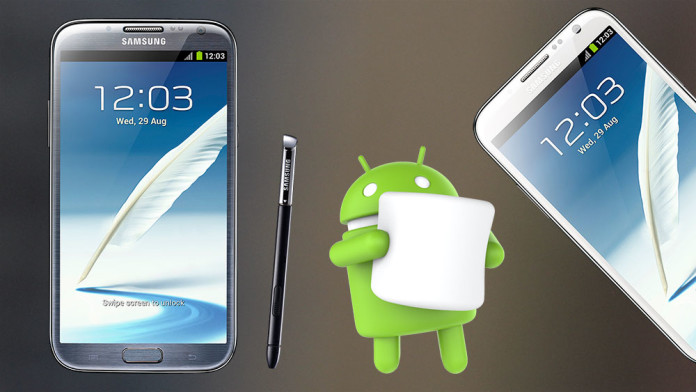 While everyone is expecting CyanogenMod 13 (CM13) builds, Resurrection Remix ROM is not too far behind. It has been around for many years and it is a well-known ROM. Besides being a stock Android ROM, Resurrection Remix comes with its own featured and optimizations. The ROM includes a navigation bar, brightness slider, clock color, center clock, battery percentage, theme chooser, gestures, Clear All Apps button switch, LCD density and all CyanogenMod 13 features.

The installation procedure of the ROM on the Galaxy Note 2 is straight forward. You need a custom recovery like TWRP to flash the ROM and then your preferred Google Gapps package.

Download the ROM and Google Apps package and move them to your phone’s internal storage.

Now your phone will reboot and after a few minutes you will get the set-up screen of Android 6.0.1 Marshmallow.