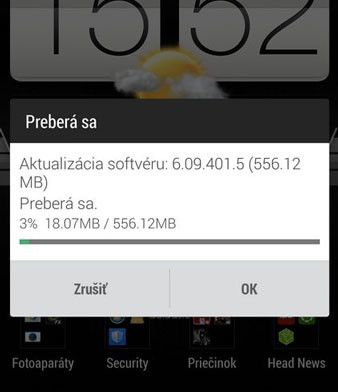 As expected, the update brings a few improvements and changes over Android 4.4.2 KitKat. This is expected to be the last KitKat update for these devices because HTC has implemented all the bug fixes of Android 4.4.4 to 4.4.3. Apart from security improvements including OpenSSL bug, 4.4.3 updates to a newer version a few stock HTC apps like Camera, Gallery and Sync Manager.

The update brings better performance and reportedly, the battery life has improved a little. The Android 4.4.3 KitKat update for the original HTC One M7 is around 556 MB big and users can download and install it through OTA. Since the update is so big, it is recommended to have a WiFi connection because mobile data might be expensive. 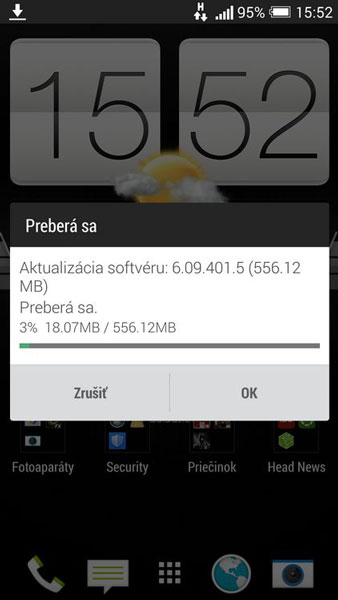 The update is gradually rolling out on European countries and specifically it is available for users in Slovakia. However, the update will roll out for more countries in the following days and eventually worldwide.

If you are living in Europe, go to your phone settings and see if the update has become available for your phone. To do so, go to Settings > About Phone > Check for updates and click the button Scan. If the update has rolled out, you will have the option to download and install it.

If not, it means the update has yet to become available for your region. But keep checking for updates as the Android 4.4.3 for the HTC One M7 will roll out very soon for all handsets.

Previous articleHTC One M8 with Windows 8.1 & Cortana Review vs. Android HTC One M8
Next articleHow To Check If Your Galaxy S5 Is Used or Refurbished