Android 5.1 Lollipop update has hit the HTC One M7, even though not officially. We remember it like it was yesterday when HTC announced the One M7 two years ago. Everyone was fascinated by the aluminum unibody design, UltraPixel camera and BoomSound speakers.

HTC has done a great job providing frequent software updates. The HTC One M7 gone through a long way, originally coming with Android 4.1.2 Jelly Bean, then receiving 4.4 KitKat and just recently, Android 5.0 Lollipop update. Unfortunately, HTC has no official release date about the official Android 5.1 Lollipop update. However, recent leaks have hinted for a possible release at the end of May. 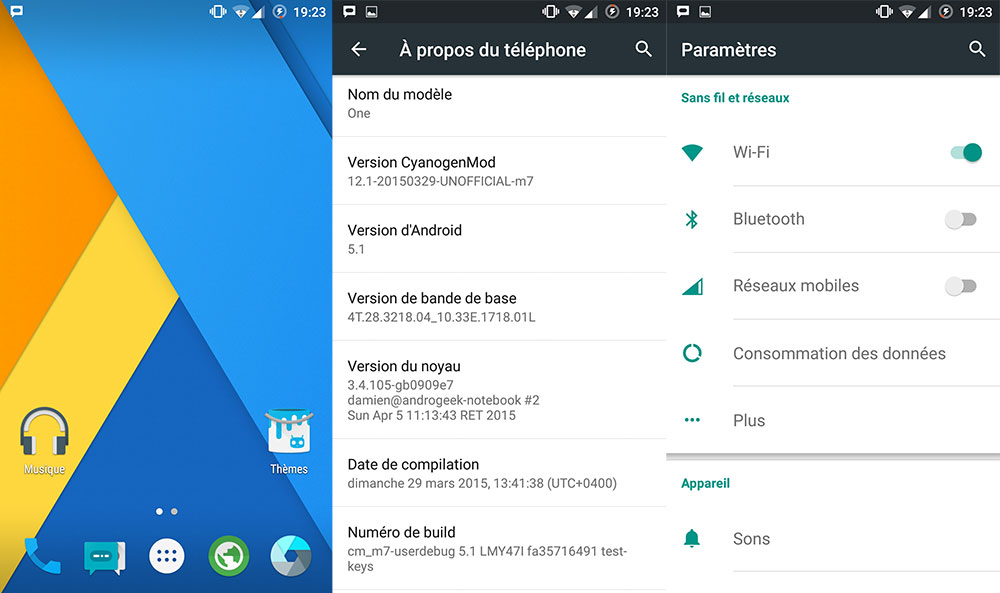 While HTC is working on providing an Android 5.1 Lollipop update based on Sense 7, you can try out some custom ROMs. Senior member “AndroGeek974” have brought the stock Android 5.1 Lollipop experience on the HTC One M7 through CyanogenMod 12.1, one of the most popular ROMs for Android devices.

How To Update HTC One M7 To Android 5.1 Lollipop With CyanogenMod 12.1

Since CyanogenMod 12.1 is not developed by HTC, it is an unofficial ROM that might cause loss of warranty. As far as bugs are concerned, the ROM is considered to be fairly stable with no major bugs. This is for the international variant of the phone only, and do not try installing the ROM on any carrier-locked phones like Sprint, Verizon, T-Mobile or AT&T.

To properly flash CyanogenMod 12.1 ROM on your HTC One M7, you will need three things: ROM, Gapps and a custom recovery.

Reboot your phone. Thee first boot may take a while so be patient. Enjoy Android 5.1 Lollipop experience on HTC One M7 thanks to CyanogenMod 12.1 ROM.