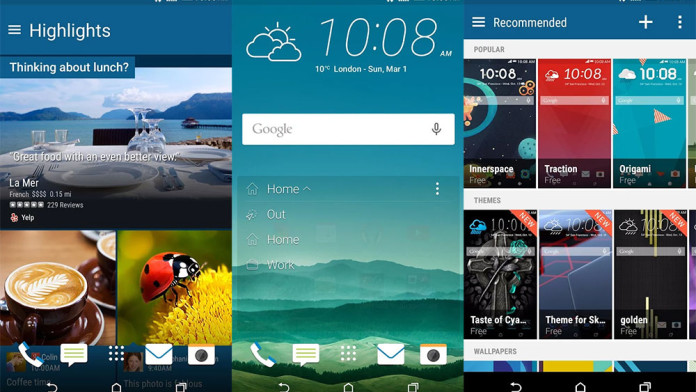 HTC is known to create some of the highest quality smartphones. Its flagship device, the HTC One M9 is built from a single unibody aluminum block, with a Full HD display and powerful front-facing BoomSound speakers.

HTC is not popular only for the hardware though. The company creates one of the fastest and most optimized skin too. Often called Sense, HTC’s software is praised by many tech geeks as one of the best Android skins, surpassing Samsung’s Touchwiz and LG’s skin.

The launcher that HTC puts on all its devices is called HTC BlinkFeed launcher. The name BlinkFeed comes from the news page added on the left of the launcher, from where you can see the latest news around the world and status updates from social media.

BlinkFeed has lived for two years, from the HTC One M7, then to the One M8 and now M9. However, it looks like HTC will remove the BlinkFeed title for a simpler and easier-to-remember name. If you go to the Play Store and try to download the HTC launcher, you will notice that it is no longer named BlinkFeed.

Instead, the launcher is now called HTC Sense Home. Do not worry though. BlinkFeed is not gone and you will still be able to access the latest news happening live all around the world.