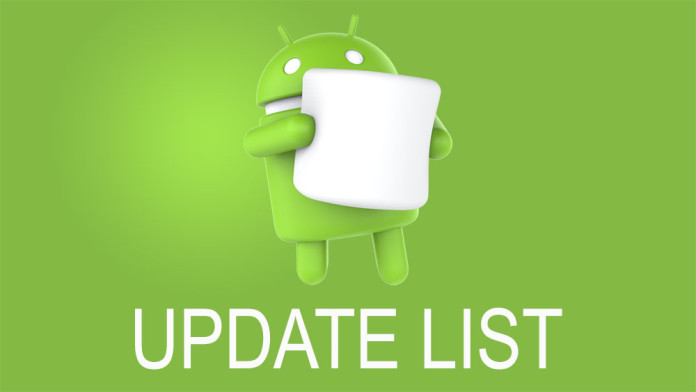 Samsung will update many devices, including flagships and older devices.

Sony has included the entire Xperia Z line, as well as some other models.

The list also includes other phones such as the OnePlus One and OnePlus 2 with new OxygenOS and HydrogenOS skins, as well as Xiaomi with Mi4, Mi 4i and Redmi 2.

SourcePhoneArena
Previous articleEasy Way To Use SD Card As Internal Storage on Marshmallow
Next articleHaving Problems With Marshmallow WiFi Battery Drain? How To Fix It