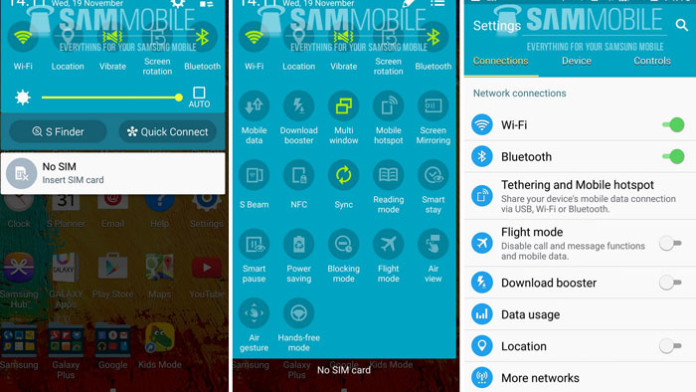 Samsung devices are getting all the love of Android 5.0 Lollipop update. This past week we have seen many leaks about 5.0 Lollipop on Galaxy phones. At first, two videos were published demoing 5.0 Lollipop Touchwiz firmware on the Galaxy S5 and Galaxy S4.

Later, both of these devices received unofficial CyanogenMod 12 builds based on AOSP, Google’s Android Open Source Project. So, at the moment, the S5 and S4 are enjoying 5.0 Lollipop firmware unofficially. On the other hand, the Galaxy Note 3 hasn’t received a lot of support.

Yes, the Note 3 also received its own build of CM12 ROM based on Lollipop, but there was no video showing the Touchwiz variant of the Lollipop firmware, until now. 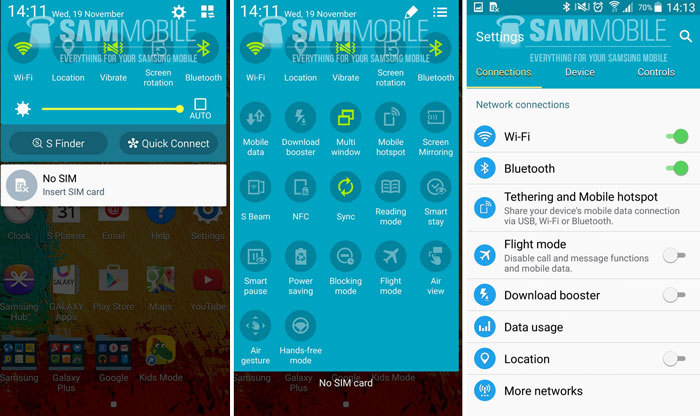 Sammobile, after releasing three videos, two for the Galaxy S5 and one for the Galaxy S4, released a fourth video showing the skinned Touchwiz version of 5.0 Lollipop on the Samsung Galaxy Note 3.

Just like with the Galaxy S4 and S5, the Touchwiz firmware on the Galaxy Note 3 is colorful and bright with Material Design.

Well, since it is a skinned version of Lollipop, Material Design isn’t as noticeable as on stock Android. Still, the user interface has changed and Samsung has switched from blue to green for the main color.

Animations are still there. Based on the preview, the firmware looks very smooth with no visible lag. This is impressive considering that it is still in testing phase. You can judge for yourself by watching the video here.