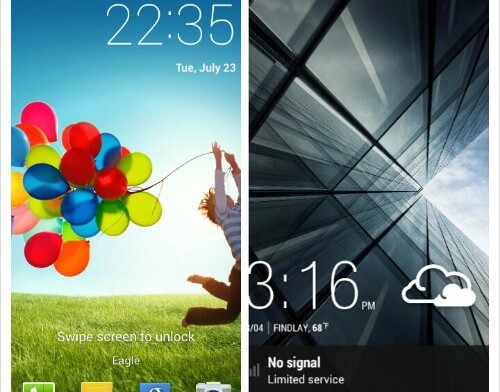 Touchwiz Nature UX and HTC Sense 5 are very popular launcher respectively for Samsung and HTC. Both of these companies use these  launchers for their flagship devices.

Both have their pros and cons. But which one is the best for you? 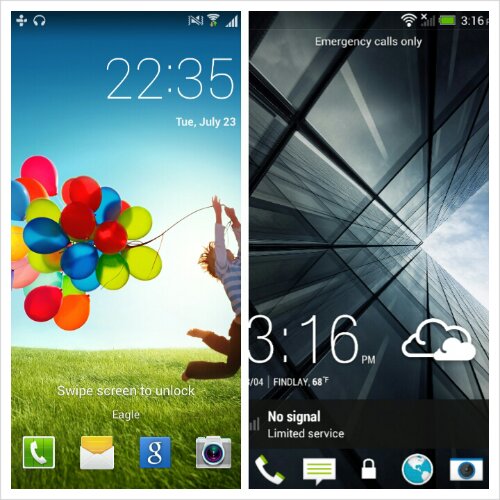 We can see that both Sense 5 and Touchwiz UX have minimal lockscreen designs and they need just a finger swipe to unlock the phones. Sense 5 shows the time and the weather whereas TouchWiz only shows the time but you can add weather widgets thanks to Android 4.2.2 Jelly Bean Lockscreen widgets. 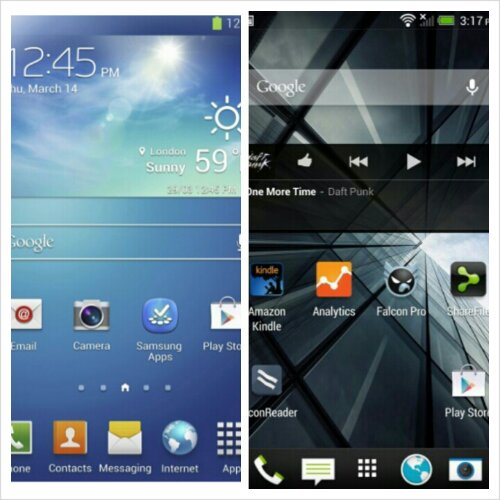 Samsung Galaxy S4 launcher is almost the same as the Galaxy S3 launcher but with a new weather widget design and the icons have some more depth added to them.
Sense 5 in the other hand has a new feature called BlinkFeed which gives you the latest news about almost everything.  The bad thing however about BlinkFeed is that it cannot be deactivated. But you can change the settings and make the home screen to appear first and then you can scroll right to get to BlinkFeed.

Status Bar
StatusBar is almost the same with the usual differences like font and the design of the battery icon and clock. One advantage that Touchwiz has over Sense 5 though is that it can display the battery percentage along with the battery icon. 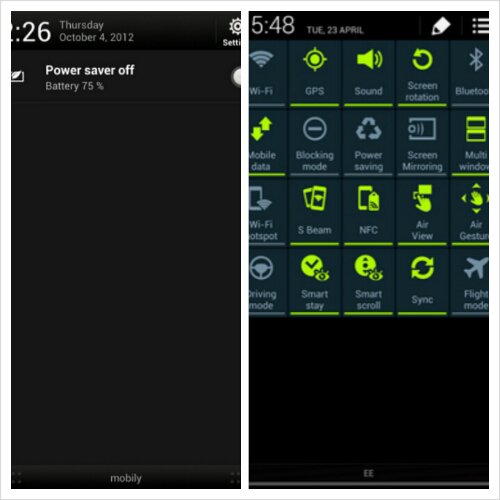 Here you can see a big difference between these two. You can call HTC’s Notification Drawer old. With the new interface from Samsung, you have quick access to a large number of configurations, where you can easily turn off and on various functions like WiFi, Bluetooth, SmartScroll etc. However, the HTC notifications bar offers more space for announcements and latest news.

App Drawer
Both App Drawers have great similarities with the original Android 4.2 all drawer except that Samsung has selected a transparent background instead of black. But Sense UI is completely different. Here, HTC has made the background black along with the time widget on the top of the screen and you have to scroll vertically to choose between different apps.

Recent Apps
HTC Sense 5 offers plenty of space for you to see the latest applications you have opened. While TouchWiz on the other hand, provides more options and features like: closing all the apps with one click, going to Task Manager and also going to Google Now.