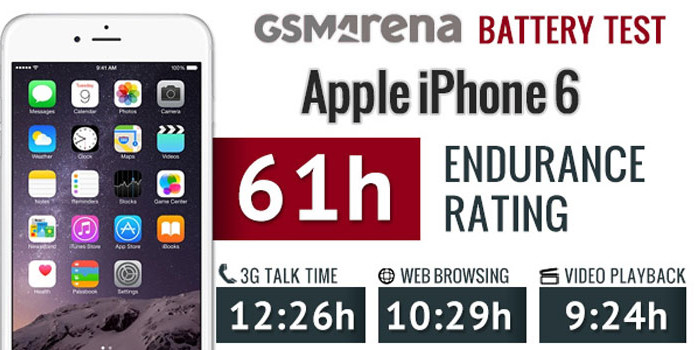 The iPhone 6 and 6 Plus are Apple’s best smartphones ever created. Well, that’s what Apple keeps saying every year. The best iPhone yet or the fastest iPhone yet. Last year, it released two new devices, the flagship device which was the iPhone 5s and the plastic version of the iPhone 5, the 5c.

But this year, Apple released two flagship devices, not only one. The iPhone 6 and 6 Plus are basically the same with a few differences. The 6 Plus is 0.8″ bigger than its smaller brother and has a FHD 1080p screen.

Also Read: How To Enable WiFi Hotspot on iPhone 6 & 6 Plus iOS 8

A bigger display and higher resolution screen means that there will be more battery drain. That’s why the iPhone 6 Plus has a bigger battery too. It has 2,915 mAh battery while the iPhone 6 has a much smaller 1,810 battery. But does 1,000 mAh make any difference? 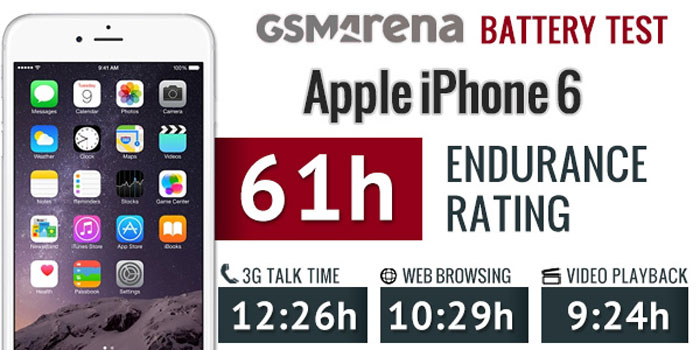 Battery life tests for both devices have been done and the results are out. The iPhone 6 scored 12 hours and 26 minutes on 3G Talk Time test, 10 hours and 29 minutes on Web Browsing test and 9 hours and 24 minutes on Video Playback.

On the other hand, the iPhone 6 Plus managed to crush its little brother during 3G Talk Time as it managed to get 23 hours and 49 minutes. This is somewhat expected because the phone doesn’t use the huge screen. It scored 9 hours and 5 minutes on Web Browsing test, 1 hour less than the 6. But on Video Playback it got 11 hours and 15 minutes, 2 hours more, even though its huge screen was active all the time.

As you can see, there is no clear winner because the results are mixed. The 6 Plus gets an excellent score on Talk test and manages to last longer than the 6 on Video Playback. But on Web Browsing it doesn’t do as well. Overall, both devices have great battery but are still behind the Xperia Z2 and Galaxy Note 3.