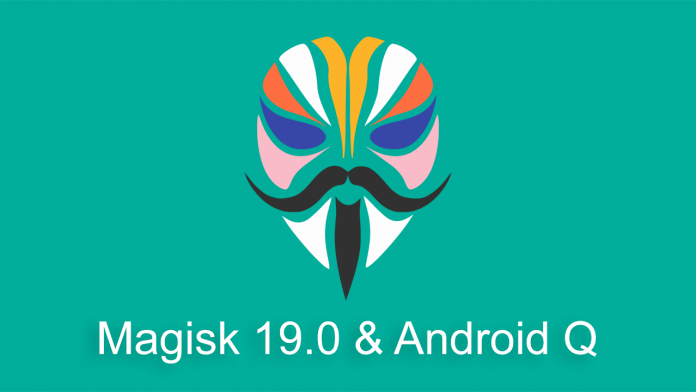 The recognized developer “topjohnwu” has released the latest version of Magisk, the magic rooting tool used by most Android users. The new version comes with Magisk 19.0 and Magisk Manager 7.1.0 and brings a lot of new features, one of the most important one being support for Android Q devices. According to the developer, this is one of the most ambitious releases of all time due to extremely massive changes.

Android Q support: Google released the first developer preview of Android Q a few weeks ago, and Magisk already supports this version of Android. However, you cannot use this version to root the Pixel 3 or Pixel 3 XL, due to the logical partitions that Google uses on these devices.

Imageless Magisk: Previously, modules were stored inside an EXT4 image which had a few problems. Now, all of the modules are stored in /data, and therefore all of the issues have been fixed.

Native 64-bit support: Magisk is back to using 64-bit binaries. After reverting back to 32 bit because of binary size issues, the main binary now runs on 64 bit.

Magisk Manager has also been updated to version 7.1.0. The new update supports the new module format, asks for fingerprint if deleting rules, fixes a bug relates to repackaging and fixes many UI issues.

In order to properly root your phone and to be able to download and install modules, you need the ZIP file, as well as the manager app, from where you manage all of the modules.

If you want to learn how to install and root your Android phone using these files, follow this tutorial below.

How to install Magisk and root your phone

The developer has stated there will be new updates soon, and the upcoming releases will add support for the Samsung Galaxy S10 and full logical partition support.