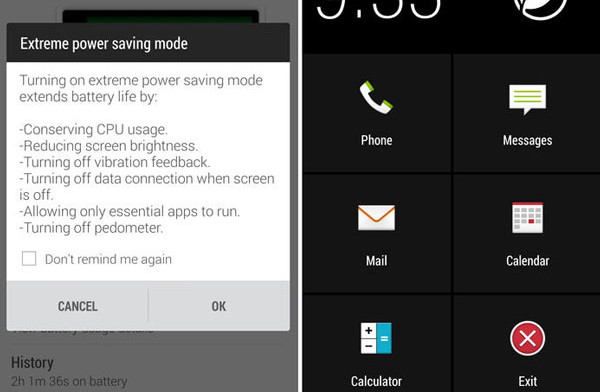 Get Extreme Power Saving mode feature of the new HTC One (M8) on your HTC One (M7). Extreme Power Saving Mode is an interesting feature that allows the phone to last longer on a single charge.Actually, the phone with this feature can live up to 24 hours with only 10% battery left. That is very impressive thinking that an average smart phone can barely go through the day with the battery fully charged.

This feature doesn’t have any hidden secret. It reduces CPU usage, screen brightness, turns off vibration feedback and allows only important application to run. When this feature is activated, the display doesn’t turn black and white like on the Galaxy S5. 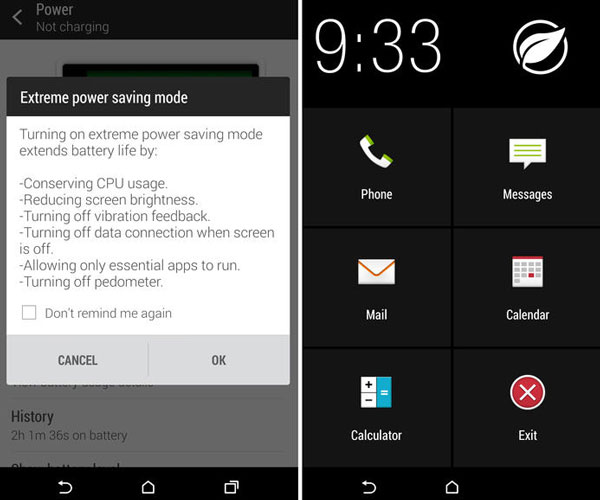 Ultra Power Saving Mode feature is currently available only on the HTC One (M8) as HTC has yet to update the M7 software to include this feature. Nonetheless, until HTC releases an official version, you can already enjoy this mode on your M7 thanks to developers who spent their time porting it to HTC’s 2012 flagship device. Currently, this feature works on every M7 Sense 6.0 port ROM.

Your HTC One M7 should be rooted and have root access. Because this feature is part of Sense 6.o, you should have Sense 6.0 ROM installed.Check out the tutorial here. Also, make sure to have latest recovery installed. You can install it manually where you simply have to flash a zip file through Recovery or manually put the application inside system files.