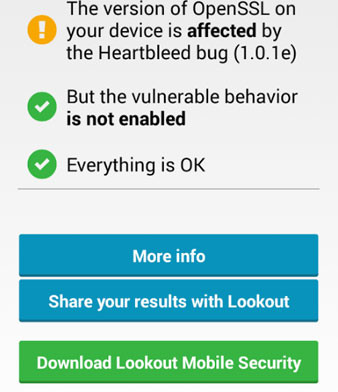 Heartbleed is a serious software bug in OpenSSL. The Heartbeat function of OpenSSL which make the internet connections secure, is vulnerable and can allow an attacker to steal vital and important information. It is a bad bug and every infrastructure which has the affected versions of OpenSSL are vulnerable to this exploit.

This means that smartphones are also touched by Heartbleed and data can be taken from them through this software flaw. You should immediately check if your devices have the affected versions of OpenSSL. Lookout, the well-known company for making good antiviruses, has released an app which checks your phone’s software version and tell you whether it is vulnerable to this exploit or not. 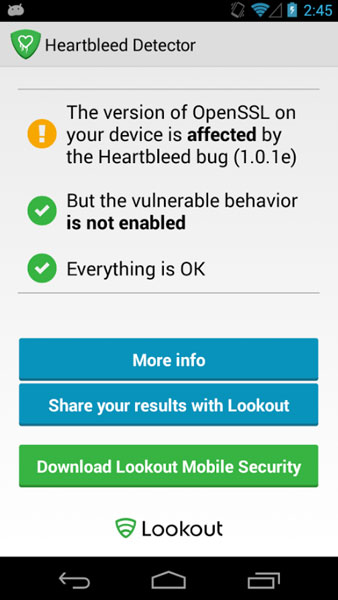 The good news is that even if your phone has the affected version of OpenSSL, it doesn’t mean that you are in complete danger. If the Lookout app is saying that your device is affected, don’t panic. Read the entire report. Just below, it says whether the vulnerable behaviour is enabled or not.

If you are worried about your devices, download Lookout’s Heartbleed detector app here and tell us if your device is affected from this bug or if it has a safe version of OpenSSL.