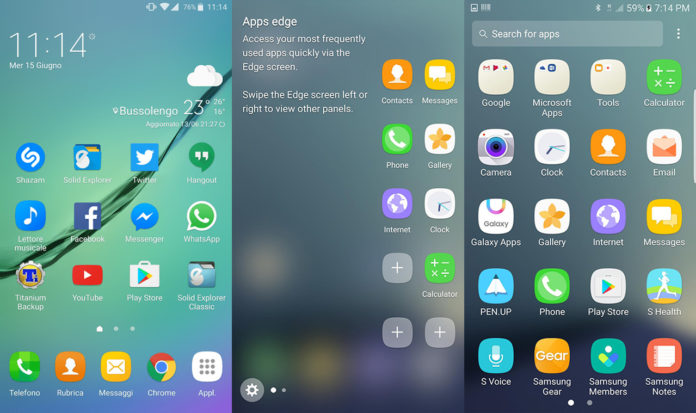 If you have seen the all new Samsung Galaxy Note 7, than you have probably noticed that its launcher is quite different from the Galaxy S7 and Note 5 launcher. That is because Samsung has completely changed the way the launcher looks and feels on the Galaxy Note 7 thanks to GraceUX, the new TouchWiz UI for Samsung devices.

If you’ve liked the all new Samsung Galaxy Note 7 launcher, then you might be happy to know that if you have a Samsung device running on Android 6.0.1 Marshmallow with a TouchWiz firmware, then you can download and install the Note 7 launcher.

A developer has extracted the GraceUX Note 7 launcher from the official firmware and has ported it to all Samsung phones which run on Android 6.0.1 Marshmallow TouchWiz ROMs.

In order to install the Note 7 launcher on your phone, it needs to have a TouchWiz Marshmallow firmware. It has been tested on the Galaxy S6, S7 and Note 5, with users reporting a very high success rate. It should work on the Galaxy S5 and Note 4 as well, for as long as you install a Marshmallow ROM.

Go back and reboot your phone. That is all. Now your phone has the new Galaxy Note 7 launcher installed.