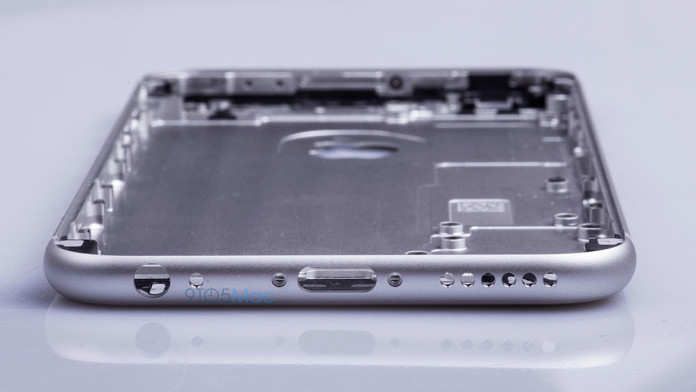 It is that time of the year again when Apple is preparing to announce the new iPhone, and the internet is going crazy with leaks and renders of the new device. Apple will announce the iPhone 6s this September, and first images have leaked three months before the announcement.

According to some of the leaked images, the Apple iPhone 6s will have a similar, if not the same exterior as the iPhone 6. The biggest change has to do with the interior of the phone where many internal components have changed.

According to a few sources, the upcoming iPhone will come with a Force Touch sensitive display, similar to what we have seen on the new MacBook and Apple Watch.

Based on the leaked images, Apple’s new iPhone will be exactly the same when it comes to the exterior design. The iPhone 6s will have the same height and length as the iPhone 6, and the difference in thickness is minimal. The infamous antenna lines are still present, even though Apple filed a patent to hide them under anodized aluminum.

Taking a look at the interior, you can see a different mounting structure. The number of speaker holes and position of the charging port and headphone jack are exactly the same. Overall, as with every other “S” device from Apple, the iPhone 6s will be externally the same with improved hardware.