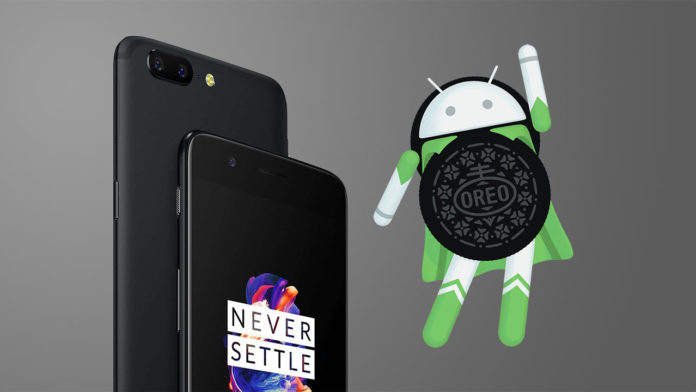 According to the user, this is the first build that OnePlus has created, and it is not stable. There are many bugs which are expected from a beta ROM. If you are interested in updating your OnePlus 5 to Oreo, please note that this ROM is not stable and should not be used as a daily driver.

How To Flash Android 8.0 Oreo Custom ROM on OnePlus 5

Note that this is not a stable ROM. It is recommended to make a full backup of your current system in case something goes wrong. You can revert from Oreo to Nougat very easily if you have a backup, otherwise, you might lose installed apps and data.

Also, it is recommended to perform a clean flash of the ROM, which means it is a good idea to factory reset the device.

Now reboot your phone and wait for it to boot up. Since it is the first time with the new OS version, it might take a while for it to turn on, so be patient.