Cable TV is slowly being overtaken by events. Granted, there are still millions of loyal subscribers who haven’t “cut the cord” yet but the masses are now gravitating towards online options of viewing content.

Blame it on technology or crazy work schedules but convenience is now top on the list of people across the planet. Among the many options of online TV includes YouTube TV, a fairly new player in the game but one with an incredible attitude and force.

Launched in 2017, YouTube TV is an online, stand-alone TV streaming service that is available in limited areas. Thanks to its own YouTube Originals channel with a huge fan base, YouTube TV took off the minute it was introduced to the world.

Now, YouTube TV has soared to incredible heights and is competing with industry giants like Sling. In all honesty, both Sling and YouTube TV are masters at their game but we will tell you why YouTube deserves the title of favorite cable alternative over Sling. 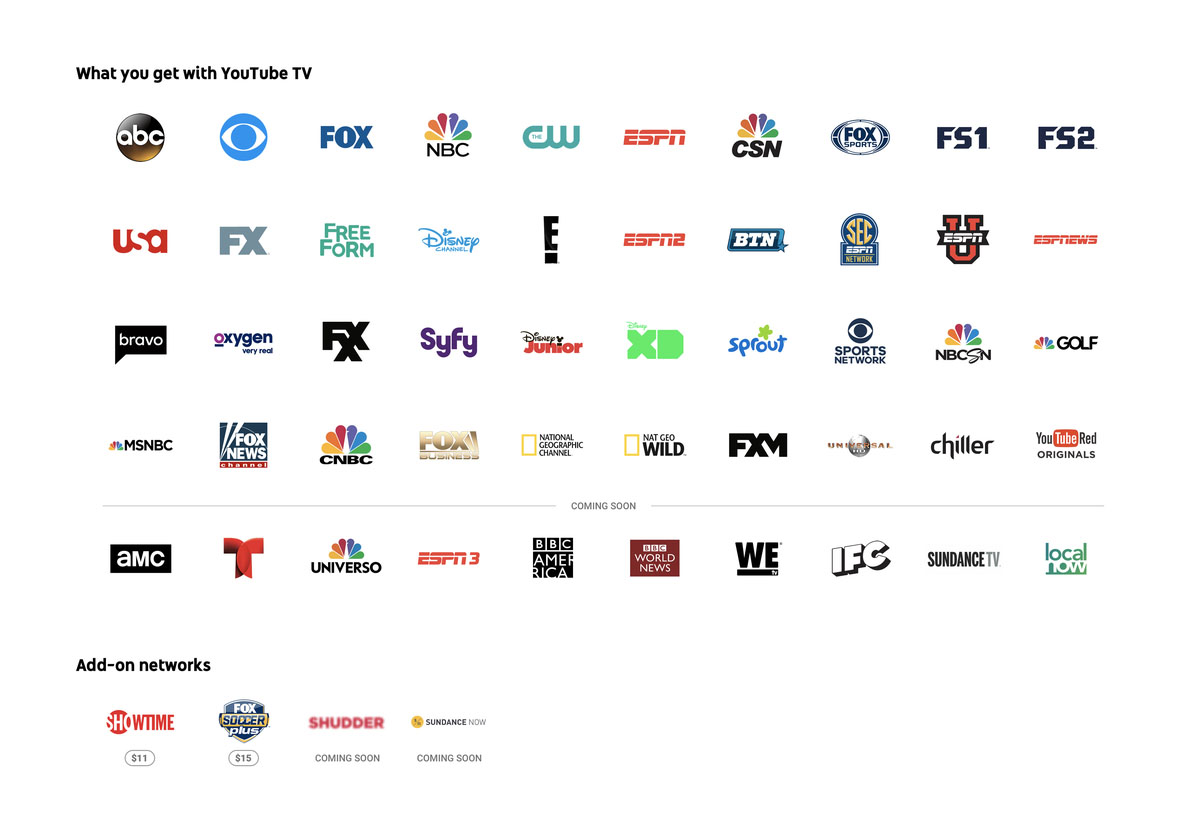 YouTube TV’s best-selling point is its built-in DVR feature. If you are a television buff who hates nothing more than missing out on shows as they make their debut on television, you will absolutely fall madly in love with this feature.

All you have to do is set it up to make recordings of all your shows and movies as they play on live TV. This way, you won’t feel disappointed when your favorite team plays during your office meeting.

What’s more, these recordings will stick around in your crawl for up to 9 months. Sling, too, has a DVR feature but you have to pay an additional $5 on top of the package cost and can only get 50 hours of recordings.

When it comes to simplicity of streaming, YouTube wins the day. For a rate of $40, you get access to a predetermined number of channels including an unlimited cloud DVR. With Sling, you have to consider the number of channels to use not forgetting that you only have 50 hours of DVR storage for the same package.

Another favorite feature of YouTube TV is that it allows family sharing of up to 5 additional people. You can share your account with your favorites and catch them up on the next season of Vampire Diaries without them playing the episodes through an on-demand video service. Additionally, you can binge watch all your favorite shows together from any device.

If you are a YouTube fan, you will benefit greatly from the inclusion of YouTube Originals on YouTube TV’s subscription packages. This is true if you a content creator for YouTube Originals. For obvious reasons, Sling lacks this feature in all its packages.

YouTube TV currently streams 50 networks plus its very own YouTube Red Originals. If you subscribe to its packages, you will have access to some of the entertaining channels like ESPN, ABC, the Disney Channel, Fox, Nat Geo, BBC America, the CBS Sports Network and Bravo.

A few add-on channels include Sundance Now, Fox Soccer Plus, and Shudder. Sling has quite a long list of channels as well but a good number of them are add-ons that cause a surge in the subscription cost.

If you live in one of the areas with access to YouTube TV, why not subscribe to it and enjoy all the benefits above? Use the 2019 YouTube TV Promo Code, and go for the advanced package to enjoy the satisfaction of paying less for more along with the joy of having access to nothing but the best content the world has to offer.