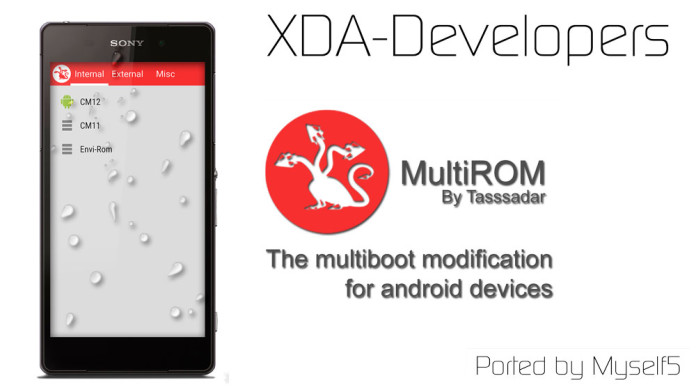 MultiROM has finally made its way to Sony’s best devices, the Sony Xperia Z2 and Xperia Z3. It is the most popular way of installing more than one ROM on Android phones. This tool allows you to install multiple ROMs at the same time and never worry about losing data and apps. The way MultiROM works is very simple. Using a custom modified kernel and custom recovery, you can install extra ROMs alongside the current one.

This means that if you want to install and try out a new ROM, you can easily install without having to delete the old one. MultiROM is a unique tool which can boot Android ROMs and even other operating systems like Ubuntu Touch, of course, if the OS is ported to it. You can install a ROM using the internal storage and even from USB drives. MultiROM tool has been around for a while now but developers managed to make it work with the Sony Xperia Z2 and Xperia Z3 only now.

As stated by the original poster on the forum, here are the most notable features of the MultiROM tool for the Xperia Z2 and Z3:

All you have to do now is to go Advanced -> MultiROM and add new ROMs. You can even choose to boot a new ROM using a USB drive. For more information, you can always read the original thread here.