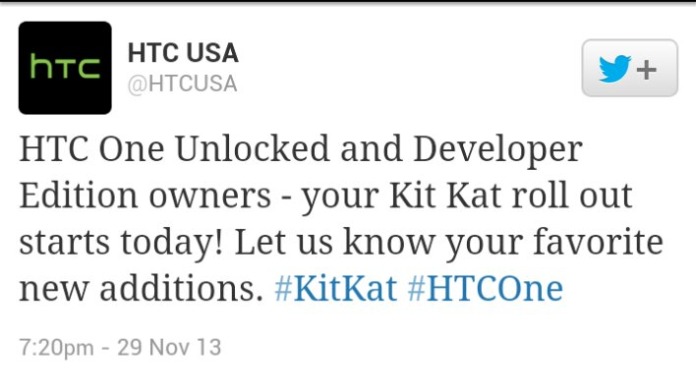 When HTC One was first released on March 2013,  it came with Android 4.1.2 Jelly Bean. Then it gradually started receiving Android 4.2.2 with many improvements and bug fixes.

Now, after 8 months, HTC has started releasing 4.2.2 KitKat for HTC One. And this update brings big changes like enhanced performance thanks to Project Svelte as well as many new features and options.  You also get the new improved Sense 5.5 launcher.

Excited? You can install Android 4.4 KitKat on your HTC One via OTA (Over The Air) update. It wil surely make your phone faster and more responsive as KitKat is very lightweight and doesn’t require as much power as Jelly Bean or even Ice Cream Sandwich. Has anyone tried it yet?