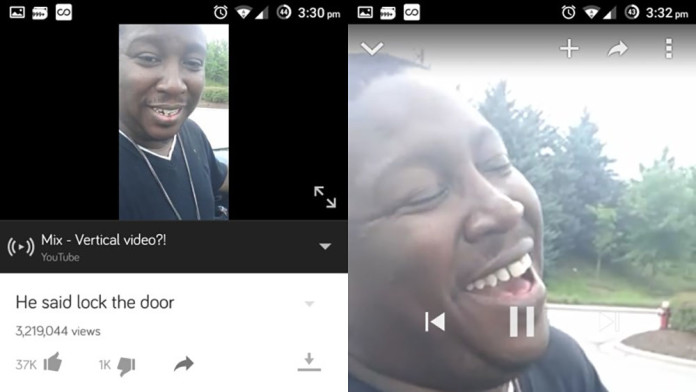 YouTube app on the Play Store has been updated to version 10.28.59. According to the change log, the new version brings bug fixes and performance optimizations, the usual listed features on any YouTube app update.

The new YouTube update fixes this problem because it has added full support for portrait videos, so you can finally enjoy full-sized portrait videos without having to deal with black bars. The way the new YouTube update works is very simple. If you come across a vertical video, press the full screen button. Instead of displaying the video in horizontal mode, the app will make the video bigger, while staying in portrait mode. So you can watch the full-sized video without black bars.

The YouTube version which supports portrait videos comes with version number 10.28.59 and can be downloaded from the Play Store. If the update has not reached your country yet, you can also download the APK file and manually install it on your phone.