Why Is Minecraft So Popular and Addictive (Reasons & Opinions) 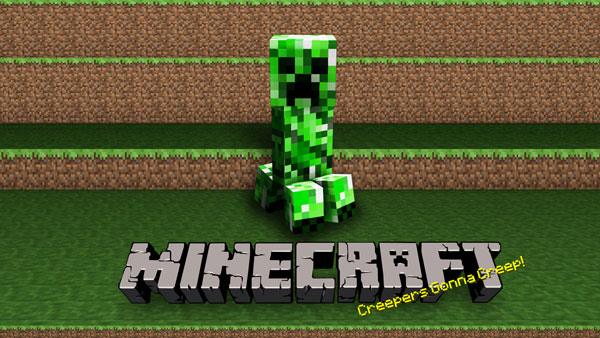 Minecraft has been released 3 years ago on 2011. Back then, it wasn’t a popular and big game. Minecraft was created by Notch and then it became a property of Mojang. Once the game was officially released, it started to become popular within a few months. Mojang didn’t even advertise the game yet the popularity was increasing every day more and more.

Now, even after 3 years, it is still as popular as it was on the launch date or 2 years ago. But how can a game be popular even after such a long period of time? Other popular titles like Call of Duty,  Battlefield and Crysis get old only after 1 or 2 years. What is the secret of Minecraft? It is very simple. The biggest intention of modern games is to have the best graphics ever.

Crysis 3 and Battlefield 4 have life-like graphics. While having a game with amazing graphics is a good thing, it is also a bad thing.These titles can be run only on high-end computers with fastest processors and most powerful graphic cards. Computers like these cost thousands of dollars. On the other hand, even though Minecraft has been created with a modern engine, it has the graphics of a game from 2000.

For this reason, Minecraft doesn’t require a powerful computer. Minecraft can even run on a computer with only 1 GB RAM.The second reason is that Minecraft doesn’t have a successor. Popular titles always have successors. For example, there are 3 Crysis games,  4 Battlefield games and endless Call of Duty released.

A new Call of Duty game gets  released every year so one release has only one year of fame. The last and probably the main reason why Minecraft is so popular is because it doesn’t have a fixed story.

Almost every modern game has a short campaign which can be completed within one day and that is it. Then you have to play on multiplayer. On the other hand, Minecraft is endless. It doesn’t have a set story. Every user creates its own story and campaign. You have to create tools, mine, create a beautiful house and collect objects.

You can create thousands of buildings. There is no limitation. As said by many people, the only limitation of Minecraft is your imagination. Minecraft has a big community. There are thousands of servers you can play on. The community is so big that a Minecraft parody song by the popular youtuber “CaptainSparklez” named Revenge, has gotten more views than the original video from Usher.