What Name Will Android 5.0 Have (Features & Improvements) 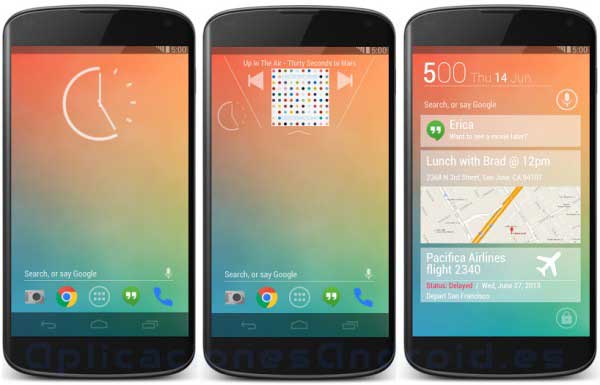 Android 5.0 version, the successor of 4.4 KitKat is just about to launch during Google I/O this week and it is going to have some noticeable improvements over its predecessor including a new User Interface, better performance and of course, it will have a new name.

Android “L” is said to have a new redesigned UI Quantum Paper which will be a user interface based on cards. Also, the option which was introduced as a beta feature on KitKat, ART, will now be the default running system  of the next Android operating system replacing the old Dalvik.

ART Running System makes the performance better than Dalvik and it allows apps to launch faster and overall it gives a smoother experience. In order to give better performance, ART has to make system file sizes and apps bigger than they normally are.

As for the name, Android 5 will be based on a sweet candy in an alphabetic order like every other Android version. For example, one of the first Android versions was called Cupcake, the next version was called Donut, Froyo, Gingerbread, Honeycomb, Ice Cream Sandwich, then KitKat and now, it is time for L to be the first letter of the new Android 5.0 name.

As usually, the name will be a sweet candy. The biggest candidates for Android 5 are Lemon, Lollipop and Lime Pie. But apparently Lollipop has the biggest chances to be the official name of Android 5.0. However, nothing is official until Google officially releases it during Google I/O.

Previous articleHow To Get iOS 8 Interactive Notifications on Android Devices
Next articleHow To Fix Overheating & Battery Drain Issue on the Samsung Galaxy S5, S4 and Note 3