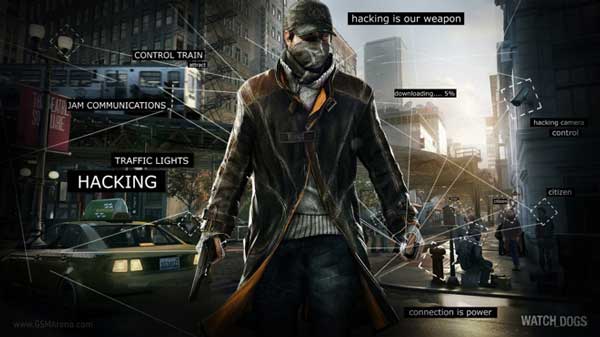 Watch Dogs Launch Trailer is here and it makes us more exited than ever for the release of the game after three days on May 27th. The trailer begins with a car chase and the main is being chased. The player uses the city in its favor in order to escape the chasers.

No, the player uses the city part is not an expression. He really controls the city. Of course, this is the main reason why Watch Dogs has become so popular even though it hasn’t been released yet. Events take place in the old American city, Chicago.

The city uses a universal operating system to control everything, from street lights, signals, security cameras, cars, trains, doors. Basically, it controls everything. The protagonist has a smart phone which is able to break into the operating software of the city. This means that you have total control of the city and you can command it through your phone.

You can also listen to others conversation by breaking into their phone. The game has amazing graphics too so it will be even more fun when playing it. All in all, Watch Dogs is an amazing game with an excellent gameplay and it will be a huge success.