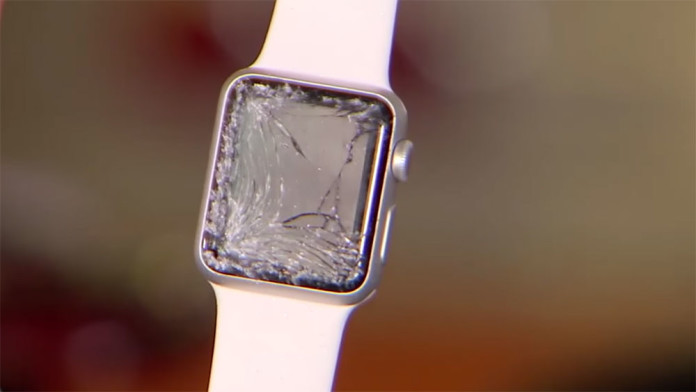 Apple has just released the Apple Watch to stores and users can already get their hands on the gadget. The Apple Watch is like no other smartwatch that we have seen, at least when it comes to the price tag. Apple has released three variants, Apple Watch Sport, Watch and Watch Edition.

The Apple Watch Sport variant is the cheapest among all, costing $349 and the Watch Edition is the most expensive, costing more than $15,000. Now that you know how much the watch costs, lets see some destruction.

It has become a tradition for the latest gadgets from a company to go through a torture test to see how durable they are. Drop, water-resistance and scratch tests are only a few experiments that are done to the latest and greatest devices. The Apple Watch didn’t manage to escape from the torture test. Here are a few videos to watch, seeing the Watch getting destroyed.

Do you remember the popular phrase “Does it blend”? Well, it has made a comeback, this time testing the Apple Watch. As expected, the smartwatch gets completely destroyed with nothing left from it. Note: Do not breathe the ash.

The second video is less brutal. It shows the gadget going through various tests, starting with the washing test, where the watch gets submerged in water, continuing with the scratch and knife test, then boiled water test, ending the torture with the good old drop test.