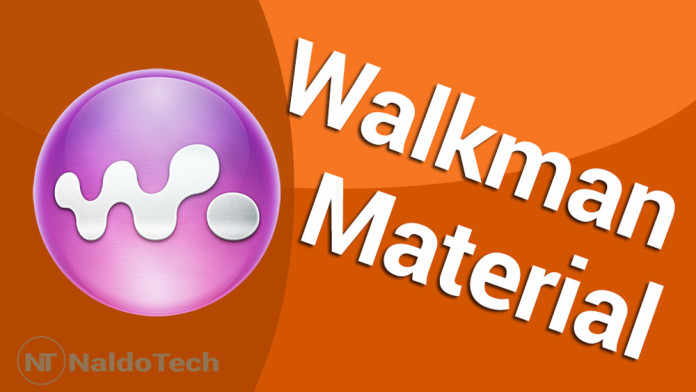 Basically, most important Android devices are enjoying official Lollipop experience. But that not is it. A huge amount of phones are enjoying the latest version of Android unofficially using other methods like custom ROMs. One of the best ROMs for this purpose is CM12.

But phones are not the only ones to get Material Design goodness. Custom OEM-created applications are also getting updated featuring the latest design guidelines set by Google. Of course, applications that come on Galaxy devices already feature Material Design as Samsung has updated them to Lollipop.

There are some flagship phones that are still waiting for the update such as the Sony Xperia Z3, Z2 and older. There have been a few leaked firmwares but nothing is official yet. However, Sony has hinted us that the update will come soon with its own Walkman app.

Walkman is one of the most popular apps found on Sony devices. It is a music player created and developed by Sony and all Xperia devices are equipped with it. Recently, Sony released a new version of the Walkman app with the version number “8.5.A.2.7”. This update brings some small, as well as some big changes.

Small changes include the ability to use your favorite sound equalizer from the Google Play Store, bug fixes and performance improvements. The new version brings something else that users are very interested into. It brings the famous Material Design language introduced on Lollipop.

And as expected, the user interface has been totally redesigned. The old navigation bar has changed with a new one featuring the popular three lines menu which turns into an arrow, just like in Play Store. The navigation bar changes color according to the song, just like YouTube with channel banners.

If you wish to get a taste of the latest version of Sony’s application, you can download the APK file here.