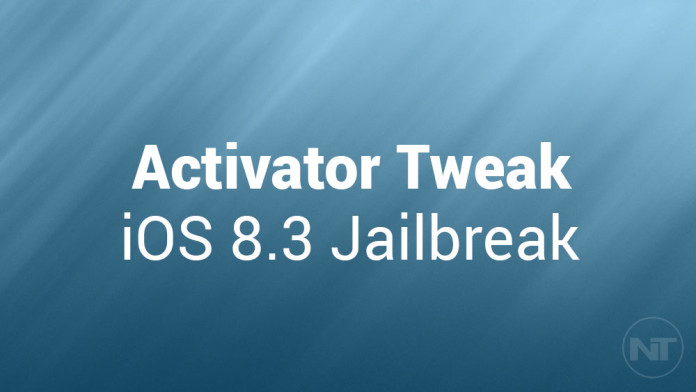 A new version of the popular jailbreak tweak, Activator has been released to support the latest version of iOS 8.3. Activator is a very well-known and popular tweak that people use on jailbroken devices. The Activator tweak allows you to set multiple custom software actions when the home button or volume keys are pressed.

In order to use the beta version of Activator tweak, you need to add Ryan Petrich’s repo on your phone. You can do so by opening Cydia and taping on the “Sources” button. Then you have to press the “Edit” button and then “Add”. Cydia will ask for a URL. Type this URL: rpetri.ch/repo. This will allow you to use the beta version of Activator on your phone.

Now tap on the “Search” button and type “Activator”. Find it and then install it. Reboot your phone. Now you can use Activator on jailbroken iOS 8.3 devices to set custom actions and gestures.