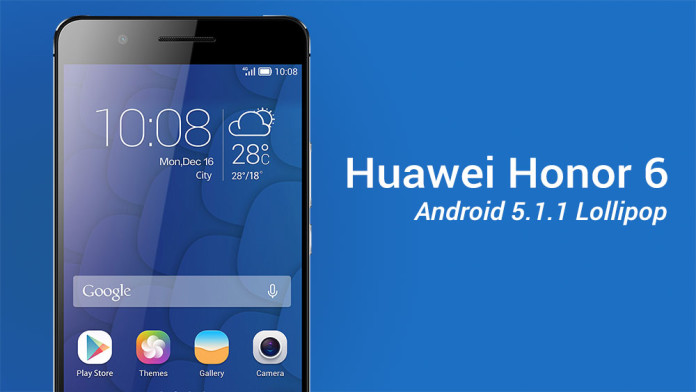 Honor 6 is a popular smartphone created and manufactured by Huawei, a Chinese company. After having a huge success in Asian countries, Huawei is trying to break into international countries by working together with Google for the latest Nexus device, the Nexus 6P.

Now that Huawei has closer connections with Google, it is starting to release software updates for its own devices. Recently, the company released an official software update for Huawei Honor 6 which upgrades the Android version from 4.4 KitKat to 5.1.1 Lollipop which is currently the latest version.

And finally, after months of waiting, Huawei has finally released the Android 5.1.1 Lollipop update for all Honor 6 users. The update is designed for users running on Android 4.4 KitKat and brings plenty of changes. Users will be greeted with the new Material Design user interface, ART runtime system for better performance and battery enhancement features.

The update can be installed through OTA. Simply go to Settings > About Phone and search for new updates. If the phone says that the latest software update is installed, then do not worry. Huawei has released the full Android 5.1.1 Lollipop ROM.

You can download the Android 5.1.1 Lollipop from the link above not only for Huawei Honor 6, but also for Honor 4C and Honor 6 Plus.