How To Unroot Galaxy S5 Without ODIN & No Computer 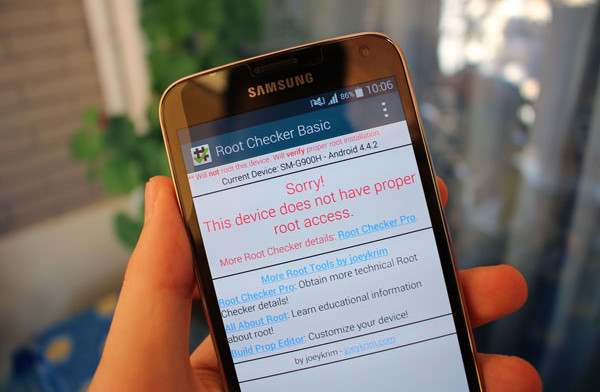 How to unroot the Samsung Galaxy S5 without using ODIN and without a computer. Rooting is one of the most popular processes for Android devices. Root gives the owner of the smartphone root privileges. So you can do things that you can’t do without root like installing custom ROMs, mods and kernels.

Unrooting Samsung Galaxy devices is a very simple process. It is easier to unroot Galaxy devices than other Android devices. Just like on previous Samsung handsets, to unroot the Galaxy S5 and bring it back to factory settings you have to flash a firmware through ODIN.

Flashing a firmware through ODIN unroots the Samsung Galaxy S5 also brings it back to the factory settings. This means that all installed applications and also all custom mods will be removed. The downside of unrooting the Galaxy S5 with ODIN is that it removes all the applications and reinstalling them again can be time consuming, especially if you haven’t made a backup before. 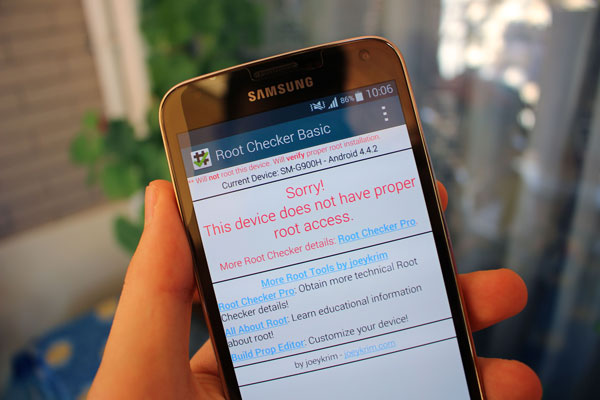 Also, you need to have a computer if you want to remove root capabilities of the phone. But you can unroot your Samsung Galaxy S5 without using ODIN or computer very easily. Almost all Android smartphones have the option to unroot without using a computer.

1. Turn your Samsung Galaxy S5 on, go to the app drawer and open an app named SuperSU. SuperSU basically is the application which grants root access to all the apps that require it.

2. There are three tabs: Apps, Logs and Settings.

3. Go to the Settings tab, scroll down and find an option called “Full unroot, cleanup for permanent root”.

5. The SuperSU app will automatically uninstall.

6. Reboot your Galaxy S5 for the changes to take effect.

7. Once the phone has fully booted up, root is lost.

That’s how to unroot the Galaxy S5 without even having to use your computer and without downloading ODIN. Check out the video version here.