Nonetheless, both are fingerprint sensors and developers have managed to add extra functionalities to them. If using the fingerprint scanner only to unlock the phone is not enough, you can use it to turn the home button from a hardware, clickable button into a capacitive key. All Samsung devices have two capacitive buttons (Recent Apps and Back) and one hardware clickable home button.

The home button is used to go back to the home screen and launch Google Now. To do so, you have to physically press it. But with the help of an app, you can turn the home button into a capacitive key. 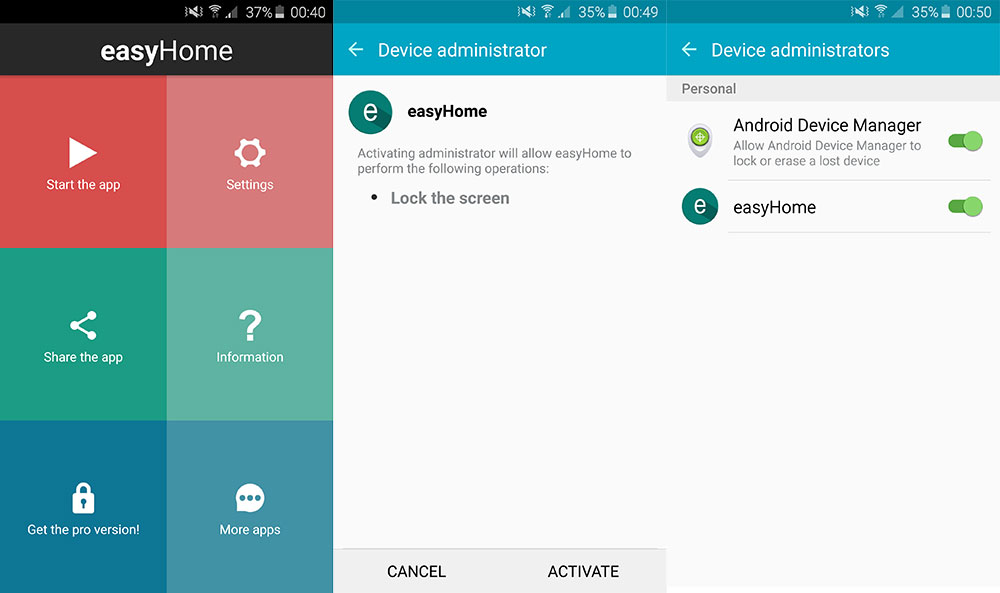 This is useful if you don’t want to wear down the button or if the button makes weird noises when pressed. Download easyHome for Samsung. Open the app and press on ‘Open the app’ and click on ‘Activate’. Now simply touch the home button and you are set.