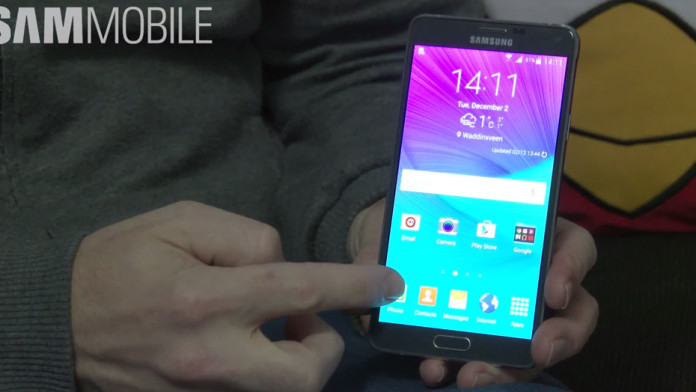 Some of the most popular Samsung phones have received a beta build of Android 5.0 Lollipop Touchwiz firmware and you can see them all running the newest version of Android on a few published videos. The devices are the Samsung Galaxy Note 3, Galaxy S4 and Galaxy S5, which is the current flagship device.

There was one device that we haven’t seen running on Lollipop and that phone is the Samsung Galaxy Note 4 which was released only a few weeks ago. It comes with Android 4.4.4 KitKat out of the box with Touchwiz skin on top.

Even though it has yet to receive the official Lollipop update, it is full of features and already has amazing multi tasking capabilities and power saving mode. Now, the video showing the Note 4 running on a beta Touchwiz Lollipop build has been published. 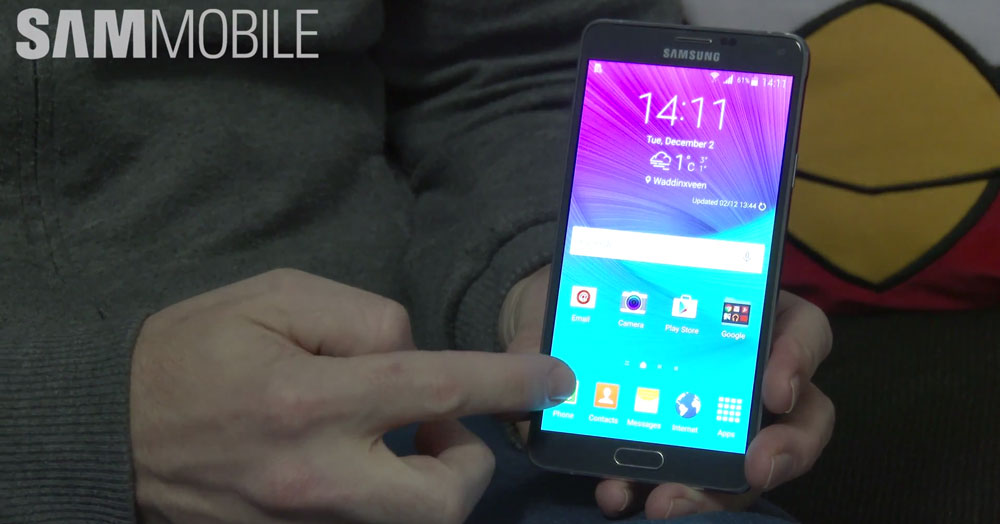 As we have seen on other videos, the new firmware is not that different compared to KitKat. Samsung hasn’t really followed Material Design guidelines and has gone with Touchwiz theme.

Everything is similar and changes are very minor. The only thing that is different is the notification drawer with the new notification system.

Even though the user interface is not that different compared to KitKat, under the hood improvements are still there like ART runtime system instead of Dalvik. ART provides much better performance.

The new animations are there too and camera has seen a noticeable improvement.

The update for the Galaxy Note 4 is expected to roll out very soon. It is expected that the update will come at the end of this month or at the beginning of January.

The Galaxy S5, Galaxy S4 and Galaxy Note 3 will receive the update very soon too. You can watch the video here.