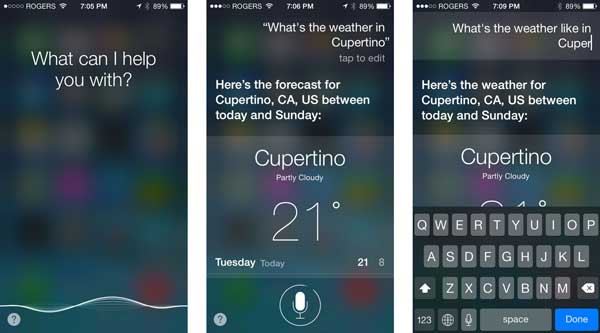 Here are top 5 best features of the new iOS 8 operating system. iOS 8 has just been announced during Apple WWDC (World Wide Developer Congress) and it brings quite some new features, options and now, it is more open source. Although iOS 8 hasn’t changed a lot compared with the iOS 7, it does have some welcomed improvements. 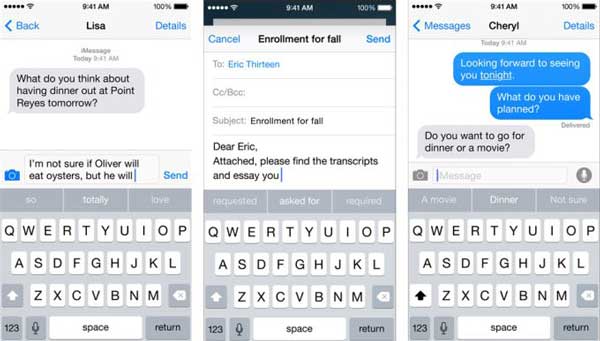 This is probably is the most requested feature of the new iOS version. Being able to install third-party applications has always been a dream for iOS users, until now. Apple announced that the new iOS version will support other keyboards along the stock one.

This means that you will have useful and good keyboards like Swipe and Swiftkey. Swiftkey is the most popular app for Android devices so this isn’t anything new for Android users. Swiftkey will allow you to swipe over the keys instead of pressing them and different features like auto correct and text prediction will be a lot better than what stock Apple keyboard offers. 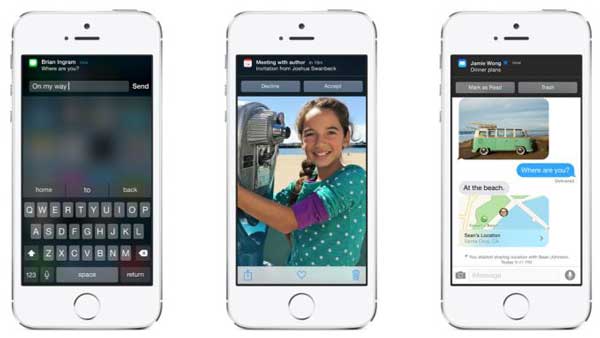 Notification Center has always been a weak spot of iOS. Util iOS 5, it didn’t even have a proper notification drawer whereas Android has had it for a long time. However, today a lot of things have changed. Now, iOS brings a better and improved Notification center which is now interactive.

For example, if you receive a text message and you get the notification of receiving the message, you can swipe down and directly reply it. You don’t have to open the SMS app, select the message you received just to reply back. This also works with Facebook, email and other social medias.

Another thing is that Interactive Notifications also work from the lock screen. Simply swipe left the new message and you will have the option to instantly reply it. 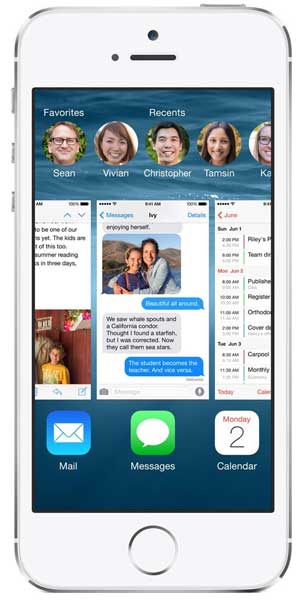 Another category iOS has suffered is the multitasking menu. Until iOS 7, you had to long press the icons and then remove them one by one by pressing the red dot on the corner. On iOS 7, the Notification Menu was drastically changed. Along the icon, now a preview of the app was also available and you could remove active apps by simply swiping them down.

On iOS 8, the notification menu has become more productive. Now, on top, along recent apps, there will be recent contacts too. So, the most frequented contacts will be there for you to communicate with them even faster.

Siri was the first virtual assistant for mobile devices. When it got launched back in 2011, it was very smart. However, it is not considered very smart with today’s standards. That is why Siri keeps getting better and better. It is smarter and can do more actions.

First of all, you can launch Siri app by simply saying “Hello Siri” just like with Google Now where you can say “Hello Google” to launch it. It is able to speak 22 languages and it can recognize songs by listening fragments of them (Shazam Like).