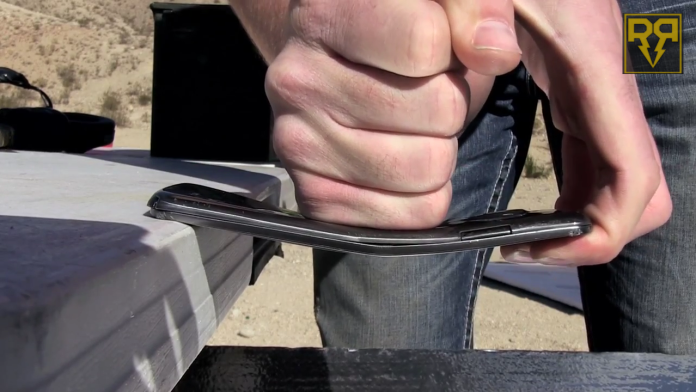 The LG G Flex is getting very popular thanks to its two main features: Self-healing ability of the back cover and the ability to flex and not get cracked. As proven before, the back cover is able to heal only small and minor scratches and not deep knife scratches.

This is a good feature especially if you drop your phone a lot because scratches will be visible only for a few hours and then they will dissappear and it will look like you never dropped your phone. What about flexing ability? We already know that the LG G Flex can go completely flat from its curve without getting shattered.

However, it can handle much more than this. RatedRR, a famous YouTube channel which is known for smartphone destructions has put the LG G Flex under a crazy test.

He flexed the phone so much that the middle of the screen was above the rest of the phone. He called it “Hyper-Flexing” and it is indeed true as no other phone could survive a test like this. The phone got curved the opposite way it originally was and all this with the screen intact.