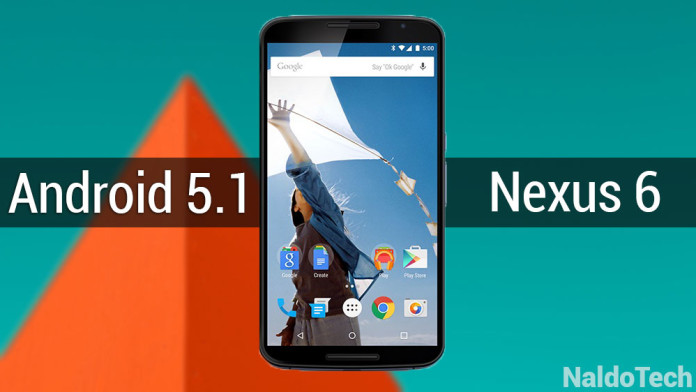 We all know that nexus devices are privileged and are always the first ones to receive the latest version of Android. When Google announced Lollipop one year ago, OEMs worked to update their devices like never before. Even though the companies knew what Lollipop was all about even before the announcement, they simply couldn’t release their updates before Google.

Nexus 5 and Nexus 7 were the first devices to get the official Android Lollipop update. The Nexus 6 on the other hand, came with Lollipop out of the box. This wasn’t a huge surprise to say, as it has become a tradition for Google to announce the latest version of Android on a new Nexus device.

If you have been following the news lately, the Nexus 5 and Nexus 6 both received official Android 5.1 Lollipop updates. Android 5.1 is a bigger update compared to 5.0.1 or 5.0.2 because it brings more than just a few bug fixes.

The bad news was that only the unlocked variant of the Nexus 6 was fortunate enough to receive Android 5.1. Devices that are sold by carriers are still waiting for the update. As you can see, carriers ruin software updates even for Nexus devices.

Fortunately, the wait is now over because T-Mobile has announced the roll out program of Android 5.1 Lollipop for the Nexus 6. The update includes LMY47M build number and can be obtained through OTA.

T-Mobile has stated that the 5.1 Lollipop has started rolling out since 16 March but users have started receiving the notification only now. If you are a T-Mobile Nexus 6 user and hasn’t updated to 5.1 yet, you can easily do so. From the home screen of your phone, go to Settings > About Phone > System Updates and tap the Check Now button. Then you will be prompted to download the OTA firmware. Once the firmware is downloaded on your phone, press the install button.

Android 5.1 is a bigger update compared to other Lollipop releases because it increases system security and fixes the RAM & internal memory leak problem.