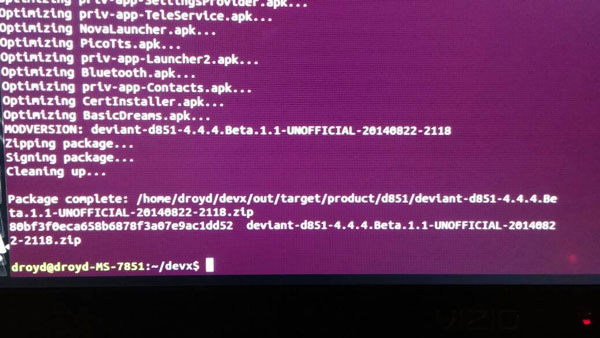 There are only a few devices that come with stock Android firmware: all Nexus variants, Google Play Edition devices and Moto G and X which have a similar ROMs to stock. Other devices like LG, Samsung and Sony have completely different firmware.

These manufactures have a customized Android version with different user interface, added features and applications. The good thing about customized firmwares is that they have a lot of features but they have worse performance and battery life.

The same thing happens with the LG G3. It has very bad battery life and the performance isn’t the best as everyone expected to be. Bu there is a very good news for all AOSP lovers. Developers are officially working on building a fast and stable AOSP ROM for the LG G3.

A lot of work has already been made. A developer got a beta build from source and he got stuck at the boot screen. This means the AOSP ROM has been built and now all the bugs and problems are being fixed. A stable AOSP ROM for the LG G3 is expected to get released very soon. Go here for latest updates of the AOSP ROM.