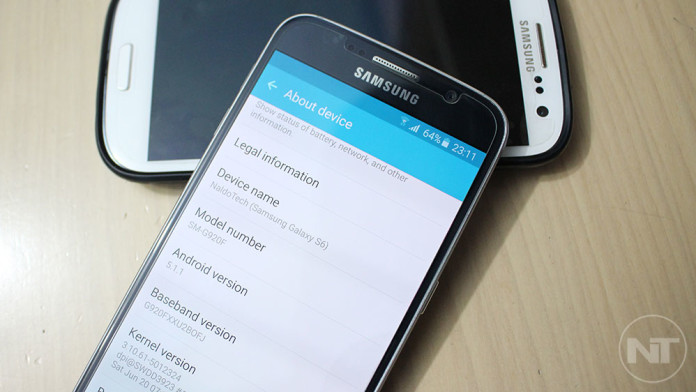 After T-Mobile, Sprint is the second US carrier to manage to get the Android 5.1.1 Lollipop update. Samsung is near the end of Android 5.1.1 update streak. The majority of Galaxy S6 variants are enjoying the latest version of Android including T-Mobile, International and now Sprint.

The Android 5.1.1 update for Sprint Samsung Galaxy S6 (SM-G920P) can be downloaded and installed through OTA. If you have the Galaxy S6 or Galaxy S6 (SM-G925P) edge Sprint variant, you can go to Settings > About Phone > Software Updates. However, Sprint will release the update in batches and it will not reach your phone instantly.

At the moment, OTA is the only way of updating the Sprint Galaxy S6 to Android 5.1.1 Lollipop. The firmware has yet to be released. Once the firmware becomes available, we will update the article with the firmware download link and tutorial on how to install it using Odin.

After Sprint, Samsung will focus on other carriers and then on older Galaxy devices, such as the Galaxy S5 and Galaxy Note 4. If you have already updated your phone to Android 5.1.1, lets us know your experience.

Previous article
Use TaiG 2.2.0 To Jailbreak iOS 8.4 Devices (Untethered Jailbreak)
Next article
Save iOS 8.3 SHSH Blobs Before Updating To iOS 8.4 With TinyUmbrella Beta