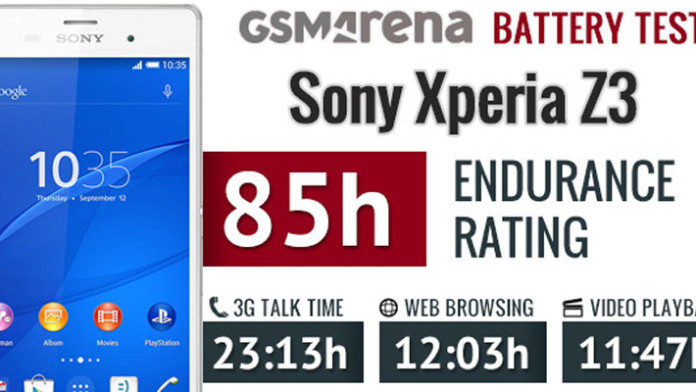 A new Sony device is out and a new battery life test has been made. Sony has recently launched its flagship phone, the Xperia Z3, only 6 months after the Sony Xperia Z2 release on March.

As a newer device, one can expect only better specifications than the older variant, right? Well, the Z3 has almost the same specifications as its predecessor. A slightly overclocked chipset, same amount of RAM memory and smaller battery. The Xperia Z3 has a 3,100 mAh battery that is actually 100 mAh smaller than the Z2.

Also, even though the screen is the same size and same resolution, Sony claims that it is a newer technology that delivers better quality and less power consumption. But how does a smaller battery with a better display stands out against the famous battery test? Let’s find out. 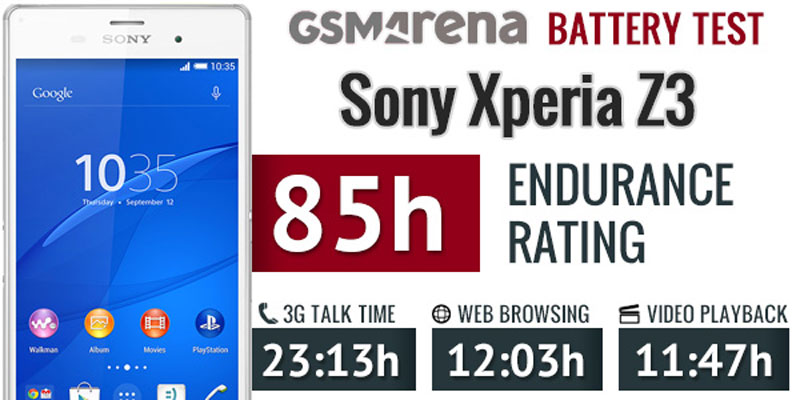 As usually, the test consists of three different methods to check the battery life of the Sony Xperia Z3: Video Playback, Web Browsing and Talk Time. The Xperia Z3 managed to score 11 hours and 47 minutes on video playback test.

Considering that the Z2 scored only half an hour more, the Z3 has very good battery life. Then next test is Web Browsing which consists of an automated web browsing script. The Z3 managed to get an impressive score of 12 hours and 3 minutes which is 30 minutes more than what its predecessor got.

Talk Time was the test where the phone showed off. It got 23 hours and 13 minutes. Almost a full day. One hour more than the Xperia Z2. However, it is still behind the iPhone 6 Plus and Xperia Z Ultra.

So this was the battery test of the brand new Sony Xperia Z3. Considering that the battery is smaller, the results are quite impressive.

Previous article
Download New Fruit Ninja 2.0 Update for Android and iOS
Next article
How To Disable Next Word Prediction on iOS 8