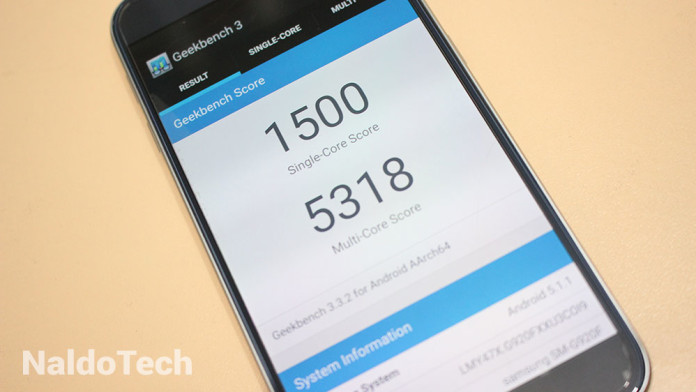 The release date is getting closer and everything is heating up. Samsung’s future flagship is taking all the attention and for good. This time, the upcoming Samsung Galaxy S7 has appeared on Geekbench 3, the well-known benchmarking app.

This is a little different compared to when the Samsung Galaxy S7 appeared on AnTuTu benchmark. AnTuTu only revealed the phone’s specifications without any score noting that the phone was still in the testing phase. 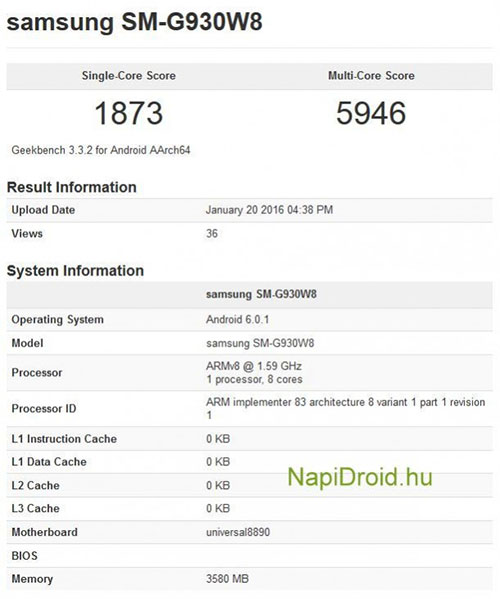 Geekbench is here to give us a full detailed look into one of the most anticipated devices of 2016. According to the screenshot, the Samsung Galaxy S7 with model number SM-G930W8 will come with Android 6.0.1 Marshmallow, Samsung’s own Exynos 8890 chipset (not the Snapdragon 820 variant) and 4 GB of RAM.

Additionally, the phone will have a 5.1″ QHD display with a resolution of 1440 x 2560 pixels, 12 MP rear camera, 5 MP front-facing camera and 64 GB of internal storage. There is no information whether there is support for Micro SD cards or not.

This is not the score that we have been expecting but again, the firmware might be in beta, causing the phone to perform worse than it should. The Samsung Galaxy S7 is expected to be released later this month during MWC (Mobile World Congress) in Barcelona.

Sourcenapidroid
Previous articleHow To Root HTC One M9 Marshmallow With SuperSU
Next article$50 off! Moto X 2nd Gen down to $249.99 for a limited time on Amazon