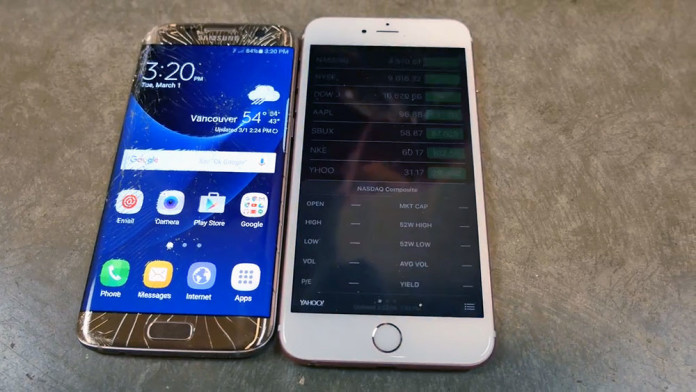 Another Samsung flagship phone is out, another drop test video is published. The Galaxy S7 is the hottest smartphone that Samsung has ever created. It features the same body language as its predecessor with glass on front and back with aluminum on the sides.

It is a really nice combination. It helps the phone feel premium and industrial. The back is also curved for better ergonomics. But how does this design compares to the full aluminum body of the Apple iPhone 6s Plus, Galaxy S7’s biggest enemy? 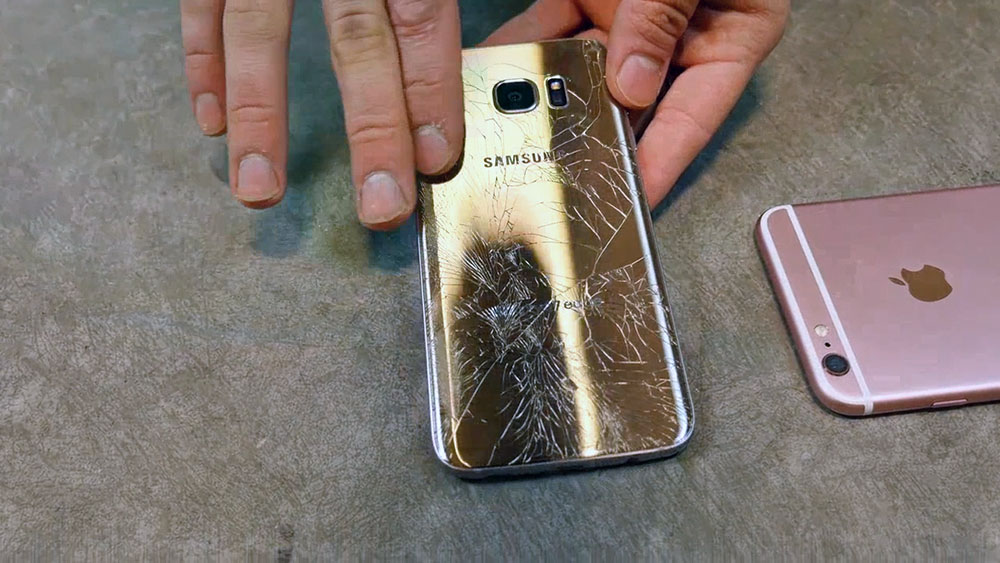 Theoretically, the iPhone 6s Plus should handle the test better since its back is made of aluminum. Well, we’ll never know without actually doing the drop test. That is why EverythingApplePro has drop tested both the Samsung Galaxy S7 Edge and iPhone 6s Plus.

The first few drops are performed from waist height. Both devices perform exceptionally well. None of the screens gets cracked and the only damages are a few scuffs and dings on the metal sides. On the head height test however, the Galaxy S7 edge wasn’t that lucky as the back cover completely shattered while the iPhone 6s Plus stayed intact.