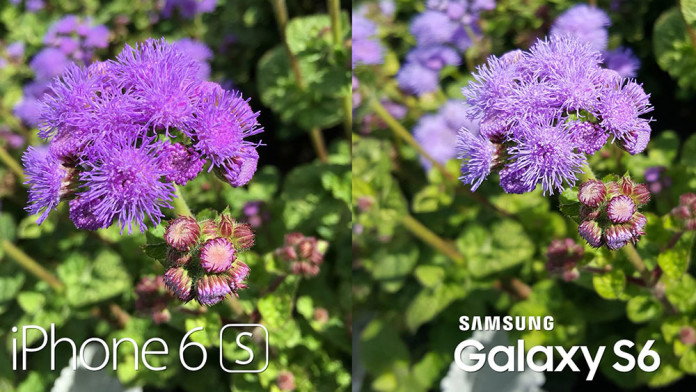 For the first time in 3 years, Apple decided to bump the camera resolution on the iPhone 6s from 8 MP to 12 MP. This has made many royal Apple fans happy after being stuck on a 8 MP camera for three iPhone generations.

This MP increase means higher-quality images, especially when zoomed in and finally, 4K UHD videos. This is the first time that an iPhone has 4K video recording capabilities. On the other hand, Android phones have had this feature since 2013, with the introduction of the Galaxy Note 3.

Samsung has improved the camera quality on its smartphones since then, and the Samsung Galaxy S6 has one of the best cameras on the world. The S6 has a higher-resolution 16 MP camera. Those extra 4 MP mean higher-quality photos. But this is not enough. Everyone wants a camera comparison between the Samsung Galaxy S6 and iPhone 6s. Which of these two devices has a better front camera for selfies and which one record better 4K videos?

To give you just some information before seeing the video, the Galaxy S6 has a better front-facing camera with wider shots and better audio quality.