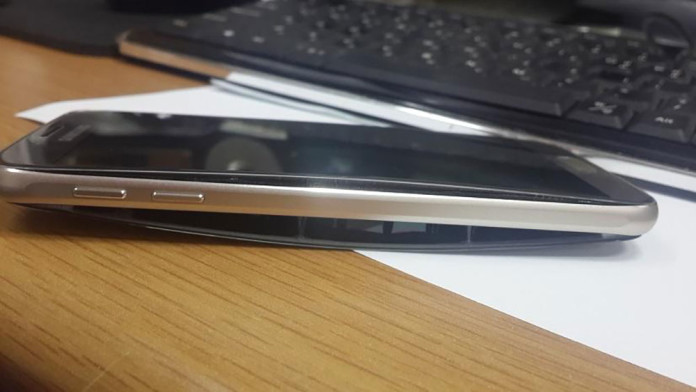 The Samsung Galaxy S6 and Galaxy S6 edge haven’t had the smoothest launch possible. Many users have reported various problems like receiving scratched devices out-of-the box and LED staying always activated. These are only a few problems that have been reported by many users but which haven’t really affected the day-to-day usage.

This time, a user from Korea has reported that his brand new Samsung Galaxy S6 came with a swollen battery. After buying the phone and getting it out of the box, the user noticed that there was a big gap between the back and front panel from the metallic bezel.

This gap was caused by a faulty battery which had expanded in size, deforming the entire device. Luckily, the Galaxy S6 didn’t explode or harm the owner. After contacting the shop, the user was able to get a replacement unit.

Samsung Galaxy devices have a bad reputation with faulty batteries. There have been many cases in the past where various Galaxy devices would explode for no reason and the cause was always the battery. This is the only case reported with the Samsung Galaxy S6 and Galaxy S6 edge and hopefully it will be the last one.