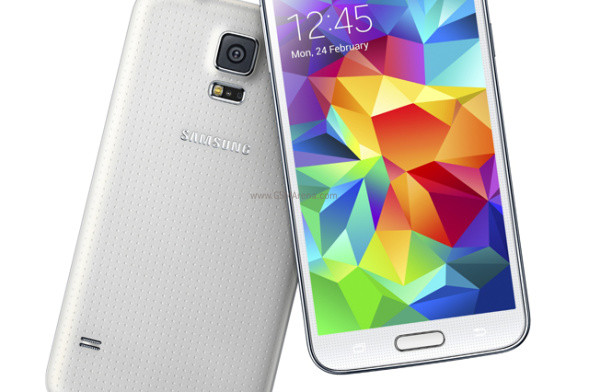 The Samsung Galaxy S5 has just been launched in Barcelona during Mobile World Congress and it surely brings many improvements. The Galaxy S5 has been revamped in many ways such as new Faux Leather back cover, new camera, faster processor and new Touchwiz user interface.

The Galaxy S5 has a bigger, 16MP camera sensor on the back along a LED flash. This was expected already. However, this new camera brings some very interesting features under-the-hood. The AF (Auto Focus) time is now only 0.3 seconds! This means that now you can take every picture at the right time. No more blurriness or objective out of focus.

Next to the LED flash, the Galaxy S5 has a new sensor which controls your heart’s beating rate. You simply put your finger on the sensor, a red light will turn on and your phone will tell you the rate your heart is beating. It is integrated with Samsung’s new health app: S Health 3.0. Next, the processor now has been update to a faster, Snapdragon 800 CPU and Adreno 330 GPU. Though it is fast, it is relatively an old chip as you can find it on other smartphones such as the Galaxy Note 3. 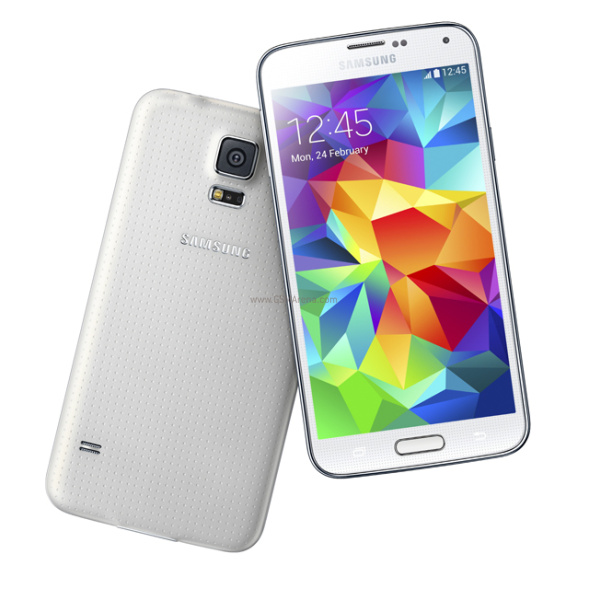 Having a fast performance means that the battery will drain very fast. Samsung introduced a new feature called: Ultra Low Power Saving Mode. So, if your Galaxy S5 has only 10% of battery left, enabling this mode will allow your device to stay alive for more 24 hours on standby mode.

The famous three physical buttons are still there but now, the home button is also a sensor. Are you worried about the privacy? Yes, the Galaxy S5 has a new fingerprint scanner located under the home button. Simply swipe down your finger and the phone will recognize your finger and it will automatically unlock.

Now lets talk about the design. The Galaxy S5 now has a Faux Leather back cover with a new dotted pattern. It will come in 4 colors: Blue, Gold, Black and White. It has the new USB 3.0 port which allows for faster charging and faster data transfers with your PC. If you have already seen the Galaxy S5, you have probably noticed already that the charging port is covered. Yes, for the first time, Samsung made the new Galaxy S5 waterproof. It is IP67 certified, that means you can throw water at the S5, however, taking the device for a swim won’t be a good idea.

The display hasn’t changed very much. It is a 5.1” FullHD Super AMOLED display. It is only .1” bigger than the S4’s display and it has the same resolution.

Next, Touchwiz UX has been changed too. It has a new lock screen effect and the camera shortcut on the bottom right. The launcher hasn’t changed a lot but the Settings app has. The Settings menu has a totally new look. The icons are updated and are bigger and rounder. The notification area has changed as well. As with Settings icons, Notification icons are also rounded and with new colors.

Samsung’s flagship device will be available all around the world on 11 April 2014. Together with the phone you can buy new trendy headphones which are going to give very good sound quality.