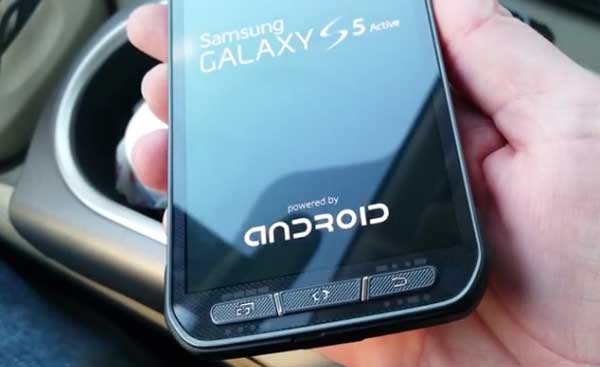 The Samsung Galaxy S5 Active has been leaked once again, and this time you can enjoy the “yet to be released” device for 4 minutes. From the video, you can see it has the same design as the Galaxy S4 Active with 4 screws on the back, three hardware buttons and rugged body.

The fingerprint scanner is also present on the back of the device. The camera is the same 16MP the original Galaxy S5 has. One interesting thing the person who made the video said was that the resolution and the ppi is going to be a lot more higher than Full HD. However, that is not very likely to happen.

One thing that he specified was the display now is Super AMOLED and not LCD like last year’s Active. The device has the same Snapdragon 801 chipset and 2 GB RAM. One thing which yet has to be known is whether the phone has a finger print scanner. There are some small dots on the hardware buttons but the user isn’t sure if they work as a fingerprint scanner.

Previous article
Galaxy Note 4 Will Have a 5.7″ QHD 2K Super AMOLED Display
Next article
What Batch Is Your Xperia Z2 And Does It Have Problems? Lets Find It Out